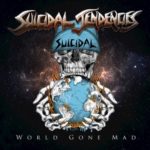 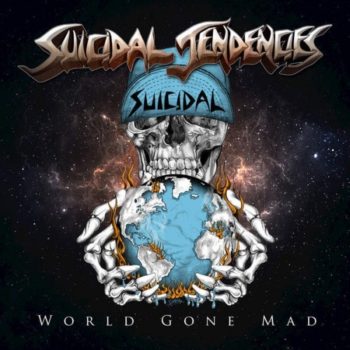 I have a new song stuck in my head: “Clap like Ozzy! Clap like Ozzy! Clap like Ozzy! Clap like a beast!” Hilarious! (see video below!)
Cyco Miko and his suicidal maniacs crew are back and they are wicked!
This is a brand new crew and an absolutely fabulous line-up. Behind the drum kit is a killer machine: Dave Lombardo (ex-Slayer, ex-Grip Inc., ex-Fantômas, ex-Philm, ex-Testament and still active member of Dead Cross and Misfits). Guitaris Dean Pleasants is still here (since 1996), and we’ve also got two other new talented musicians, guitarist Jeff Pogan and bass player Ra Díaz. END_OF_DOCUMENT_TOKEN_TO_BE_REPLACED

Gallows it’s the perfect mixture of the Aleister Crowley originated mysticism and healthy, punk rooted hardcore. Definitively one of the most interesting and solid Brit acts of the last decade and a band with the power and talent to deliver further exciting releases.
After the release of their debut album, Bad Religion’s Brett Gurewitz named “Orchestra of Wolves” as one of his favourite albums of 2007, praising it as being the best hardcore album since Refused’s “The Shape of Punk to Come”.
In 2007 the band won the Kerrang! Award for best British Newcomer.
They signed to Warner Bros. Records for a £1 million contract for one album with option up to three, were dropped after the release of the first one, “Grey Britain”. “Grey Britain” was a killer album, but probably not commercially successful enough for the Warner Bros. expectations.
Lead singer Frank Carter left Gallows in July 2011 and formed his own project with ex-The Hope Conspiracy and Suicide File guitarist Jim Carroll named Pure Love.
Former Alexisonfire guitarist/vocalist Wade MacNeil replaced Carter shortly after Alexisonfire announced their disbandment.
They launched their own record label, Venn Records, and the eponymously titled third album “Gallows” on 10 September 2012.
In February 2013 the band announced that they would be continuing as a four-piece, with Steph Carter leaving to focus on his other band, Ghost Riders in the Sky.
Their fourth album, titled “Desolation Sounds” was released on 13 April 2015. END_OF_DOCUMENT_TOKEN_TO_BE_REPLACED

I actually missed this type of straight forward, brutal, NY flavored hardcore. Although this is a French band, this sound just like it was conceived in Brooklyn. Flawless, absolutely brilliant debut album!
They describe themselves: “Rise of The Northstar is a young thrash band whose spirit was born in the back alleys of 1980’s Shibuya. Indeed, Japanese culture, mangas and its “Furyos” all blend into ROTNS’s sound. Through its lyrics, music and imagery, the band created itself a unique identity, bringing together 90’s New York Hardcore, Shonen Manga, Heavy riffs and catchy Rap vibes… Tokyo hold on tight, Rise Of The Northstar is coming.”
It reminds me both of heavy predecessors as Cro-Mags, Madball and Biohazard as freaky American comedy rock acts such as Green Jellÿ.
VITHIA – vocals; EVA-B – lead guitar; AIR ONE – Guitar; FABULOUS FAB – bass and HOKUTO NO KEV – drums delivered a murderous butchery throughout, there is no time to breathing, but head banging! END_OF_DOCUMENT_TOKEN_TO_BE_REPLACED

I admit, I was afraid this will be another noiscore/crossover post-hardcore whatever album, but fortunately I was wrong. If you miss the raw energy and fury of the Bleach era Kurt Cobain, but you’re even more hardcore and garage punk oriented, it’s very possible that “In Humor And Sadness” might be your next very best friend. It’s neat, it’s wild, it’s in your face, still quite musical and hitting instantly, getting under your skin quickly and for good.
’68 was formed in 2013 by guitarist and vocalist Josh Scogin formerly of Norma Jean and The Chariot and drummer Michael McClellan. They released same year a self-released EP titled “Midnight” including two tracks: “Three is a Crowd” and “Third Time is a Charm”. The initial pressing of Midnight sold out in less than one day, and the indie label No Sleep Records re-released it with new artwork on April 1, 2014.
In May 2014, ’68 announced they signing to Good Fight Music and eOne Music for the release of their debut album, “In Humor and Sadness”, due to be released on July 8, 2014. To promote the album, ’68 released a pair of YouTube videos, which had to be played in unison in order to hear “Track Two: E”. Such a wild idea, isn’t it??! The song “Track One: R” was also available for online streaming ahead of the album’s release. END_OF_DOCUMENT_TOKEN_TO_BE_REPLACED

I had falling in love with (hed) p.e. a lifetime ago when drunk in a bar I heard for the first time their song “Bartender”. I write about that when they released in 2009 the killer album entitled “New World Orphans” and mention it again, one year later when they delivered “Truth Rising”, their eighth studio album.
Four years might feels like another lifetime, but Jared Gomes is back and he is furious, maybe even more determined then ever. Those wicked riffs, those dub and reggae flavored grooves and hardcore rooted intensity are always refreshing, although sometimes some of them are sound quite familiar.
Hed PE, also known as (hed) Planet Earth and stylized as (həd) p.e. was formed by Vocalist Jared Gomes, also known as “M.C.U.D.” (MC Underdog), and guitarist Wes Geer in 1994 and released the self-financed extended play, “Church of Realities” only one year later.
They signed with Jive Records, releasing their self-titled debut album in 1997. Unfortunately, due to the label’s contractual terms and the disappointing sales of the album, the band found themselves unable to repay the cash advances given to them by Jive. Gomes is quoted as saying “We had these romantic visions of the music industry, and we thought it would be cool to be a punk band on a rap label. So we fulfilled that dream, but it was also probably the worst thing that could have happened. We’ve had offers from Sony and others that we can’t take because we owe Jive so much money.” END_OF_DOCUMENT_TOKEN_TO_BE_REPLACED

Hate have become trendy, become a lifestyle, not only an expression and a form (of manifestation), but the content itself. This Brits are fulltime, trueblood bloody haters. And huge fans of Metallica and Lars Ulrich… “THEY SHOULD MUTE THOSE DRUMS & JUST LOOP THE SOUND OF POTATOES FALLING DOWN STAIRS. NOBODY WOULD KNOW THE DIFFERENCE” (FB link). Not my damn business, but they probably only would be a Take That imitation if Lars would choose to become a tennis player like his grandpa Einer Ulrich instead of playing drums… And no, f*ckers, I’m not a Metallica fan. Not lately anyway. Probably right now all that hating and spitting seems to be a wonderful idea, but I’m sure they don’t want to be remembered as a band who only managed to grab some attention by pissing on everybody else’s grave. This attitude probably bring as many fans as many it scare away…. It’s fun to start reading the comments on their video on the YouTube page.
Obviously favorites of rebellious teenagers and the out of still alive idols (Mick Jagger it’s dead, trust me! 😆 ) British (metal) media, I was skeptical about “Groovehammer”. Quite surprisingly, this is actually a very kicking and alive hardcore/metalcore album with no fills, no unnecessary and boring moments, no complications, ramblings, no electronic layers and mandatory drops, just straight forward, intense, merciless grinding with wicked riffs and sick choruses. With some charming retro sound and feel. Musically. Good reference point might be S.O.D. and generally hardcore from the late 80’s and thrash metal from the early 90’s. The lyrics are furiously lacking content and honestly, all this “we hate everything and everybody” feels like just another nice (?) marketing strategy. Don’t take them literally or too seriously, but facts are facts, everybody dies… Eventually. So, all you d*cks and c*nts, buy and enjoy this f*cking album while you still can! END_OF_DOCUMENT_TOKEN_TO_BE_REPLACED

It was five years before “Three Dollar Bill, Yall” and 16 years before “Swan Songs”, the debut Hollywood Undead album. One year after the controversial self titled debut album, the soundtrack of the film “Judgement Night” bought together several rock and rap/hip hop artists and set a new trend in mixing opposite musical genres. Body Count, the rock/metal band of the (in)famous rapper Ice-T it’s definitively one of the reference points of crossover. Although, they might be inspired by artists such as Bad Brains, Living Colour, Mordred, Suicidal Tendencies, Faith No More, etc they inspired and bought to life a generation to follow.
The debut album was originally set to be distributed under the title Cop Killer, named for the song of the same name, which criticizes police brutality and after the release the Combined Law Enforcement Association of Texas launched a campaign to force Warner Bros. Records to withdraw the album finally entitled Body Count and released on March 10, 1992 – just months before the L.A. riots. “Body Count” it’s a flawless album where punk, rap, rock, hip hop and thrash metal are melting into one.
It was followed by “Born Dead” in 1994, “Violent Demise: The Last Days” in 1997, with a considerable gap “Murder 4 Hire” in 2006 and now we’ve got chapter 5, “Manslaughter” (smart reference back to “Body Count”) released on June 10, 2014 by Sumerian Records and produced by Will Putney (credited for working with artists such as Asking Alexandria, Poison The Well, Thy Art Is Murder, Miss May I, Came As Romans, etc). END_OF_DOCUMENT_TOKEN_TO_BE_REPLACED

Aaron Funk, better known as Venetian Snares had reinvented breakcore and set the stage for many other artists such as UndaCova, Xanopticon, Enduser and Datach’i.
He debuted on a record label in 1999 with the EP “Greg Hates Car Culture” released on History of the Future. Prior to this, he self-released material on cassette tapes as early as 1992. Funk was quite prolific, releasing sometimes up to eight recordings per year, for different labels including: History of the Future, Isolate/DySLeXiC ResPonSe, Addict, Zod, Distort, Sublight, Low-Res, Planet Mu and Hymen.
He is making electronic music often in odd and numbered time signatures (mostly 7/4) and combining different sounds and styles from IDM to trip-hop and dark ambient with twisted off, intense breakcore beats. END_OF_DOCUMENT_TOKEN_TO_BE_REPLACED

Belzebass it’s a clubcore duo from Italy, and they delivering some extreme, aggressive s*it, be precocious, it can seriously harm your speakers and through them your ears and finally your brain may get fried. While the mainstream EDM scene is pretty boring, the underground definitively have its revenge! Hardcore take no prisoners!
The 2 guys with roots back to the hardcore and death metal scene like to produce and mix what they like: wicked beats, fat basses, rough synths, pig squeals all mashed with twisted off, dark atmospheres.
“Welcome To Hell” it’s their upcoming EP consist of three sick tracks and scheduled to END_OF_DOCUMENT_TOKEN_TO_BE_REPLACED

Benji Webbe and his comando (Daniel Pugsley – bass; Mikey Demus – guitar, backing vocals; and Arya Goggin – drums) of reggae-metal from Welsh are back with their fifth studio album entitled “Kill the Power”. He stated about the titled and the upcoming album: “We are more than excited to unleash this Skindred bomb on the world! Kill The Power is for all them that are sick of being the underdog, and wanna step up and destroy all those who oppress and hold them down! Use this album as a backdrop to overcome and take your life back! We ain’t fighting the power no more – we are definitely killing it!!” And they delivered probably their best album so far.
Filled-up with powerful, nu-metal flavored riffs, dub aromas, wicked electronic layers, reggae rooted grooves and hardcore attitude, Skindred seems to be at the pick of their intensity and take no prisoners. This is a colorful, heavy, banging and surprising throughout album and probably live it will grind you into the ground for good. END_OF_DOCUMENT_TOKEN_TO_BE_REPLACED