I love Otep and it was unpleasant to hear that their upcoming sixth studio album will be their final one as well. Listening “Hydra” it’s a strange feeling because it’s not only their supposed final album, but their weirdest one too. And it’s absolutely nothing wrong with being weird, but this is like a twisted little nightmare on a loop. And then again, there’s nothing wrong with twisted little nightmares. Just as Shamaya pointed out: this “music is universal and does not belong nor can it be contained in a nice, neat, little box.” Which is definitively good.
“Hydra” it’s an unusual mixture of mostly whispered spoken words and cinematic, gloomy and minimal, avant-garde music with here and there surfacing riffs and metal rooted passages and carousel like, dark, hip-hop flavored grooves. Quite different from their previous release, the intense “Atavist” which was released in 2011, and was one of the best releases of the year on my personal list. 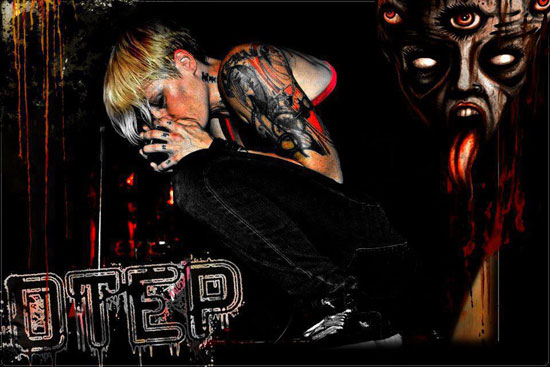 “Hydra” it’s a film without images. Think of sitting in a dark room, a really-really dark room and only listening to the sounds, noises, music fractures around.
“Blowtorch Nightlight” consist of some tasty riffs and nu metal grooves and dark, hip hop flavored breakdowns. Feels like Alice in Wonderland, but Alice it’s not innocent and the Wonderland it’s actually a quite filthy and horrible place.
“Seduce & Destroy” it’s a joint-venture of experimental rock and gloomy cinematic trip. Sounds dirty, unpolished and… menacing.
“Crush” it’s a more conventional nu metal song with intense riffing and screaming vocals – although they maintaining a very dark atmosphere.
And the following four tracks (“Hematopia”, “Necromantic”, “Quarantine” and “Voyeur”) are more spoken (whispered) words based, minimalist, dark, cinematic trips to the very dark side of the human soul. Quite freaking-out experience actually.
“Apex Predator” it’s one of the rare songs from the album in the conventional sense. Solid hip hop grooves and contorted riffs are make it more accessible, acceptable for the average listeners as well. It can be considered the anthem of “Hydra”.
“Hag” bring to the surface the brutal extreme of Otep’s personality, it’s a grinding, classy nu metal butchery – after many whispers and sighs some really intense riffs and furiously pounding drums are really enjoyable. 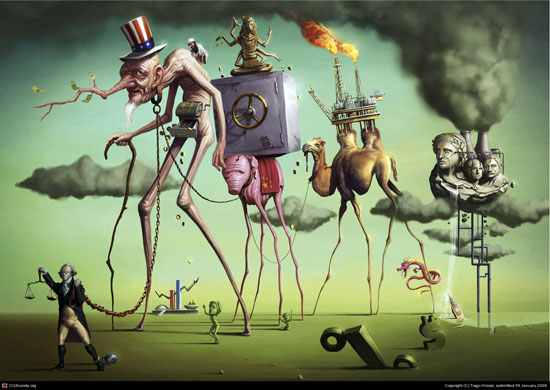 The 13 tracks of “Hydra” are a sonic adventure over the outer limits of experimental, post rock. Not something easy to chew and swallow, not a comfortable (and forgettable) listening, but an experience. Still hoping that the Otep experience will not end here. In a world of Lady Gaga we really need something different in balance and Otep are one of these art-acts in a world of fakes and plastic.