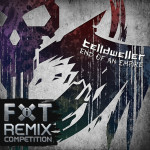 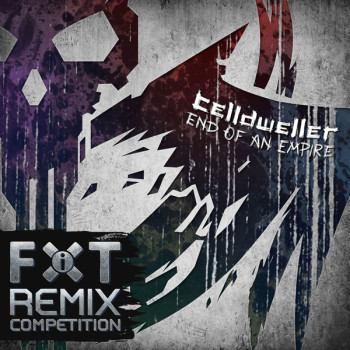 Detroit based electronic-rock artist/producer Celldweller has just announced a new remix competition for the title track of his most recent album “End of an Empire” in association with FiXT Remix. The contest is free to enter and open for submissions until March 1st, 2016.
Prizes include a a 1-on-1 music production Skype chat with Klayton (Celldweller), first access to Klayton’s upcoming Kontakt instrument ‘Solaris’ and prizes from Joey Sturgis Tones, the FiXT Store and clothing from Outland Industries. END_OF_DOCUMENT_TOKEN_TO_BE_REPLACED

Therese is considered some kind of Swedish wonder-woman and the “queen of 21st century house music”. In only a few short years, she has crafted an international reputation for herself on the music scene – her signature tune ‘Put ‘em High’ is universally regarded as a 21st century dance classic, and continues to generate massive airplay to this day. ‘Put ‘em High’ reached No. 6 on the UK Top 40, and was followed by ‘Take Me Away’, another top ten dance/pop hit. In the USA, ‘Time’ scored an impressive No.21 placing on the Billboard Dance chart. Other records like ‘Neon Lights’ have become instant club classics, while ‘Feelin’ Me’ saw UK urban station Kiss FM proclaim her the ‘The Queen of Electro’.
Since then, she has toured extensively, performing at END_OF_DOCUMENT_TOKEN_TO_BE_REPLACED

How many skins they will keep ripping off of MJ? Pretty sordid and kind of necrophiliac. Epic Records on 9th May will release the second posthumous compilation album of previously unreleased tracks entitled “Xscape” and MJ now it’s kind of back in the spotlight. So, Sporty-O & Kisskaya considered it’s a brilliant idea to desecrate a classic MJ track, the 1987’s single “Leave Me Alone”. It would be much better and decent to leave the dead king of the pop alone and do not dishonor his memory. And don’t get me wrong, I do not like MJ, I never did and except a very few songs, I didn’t enjoy his music, although I admit he was a great entertainer and showman.
Sporty-O it’s the perfect case of someone with absolute no talent, but good connections and influence. END_OF_DOCUMENT_TOKEN_TO_BE_REPLACED

Novo Amor is an alternative, Indie folk artist from the UK. He created a beautiful, touching song. I get a little bit carried away by my new Alesis QX 61 and some old synthesizer VSTs. I only can hope I didn’t ruined it. For good. I actually tracked over 30 synth tracks, but one by one I sort them out and throw them out. Still, this is a little bit END_OF_DOCUMENT_TOKEN_TO_BE_REPLACED

Time for a new challenge and a cool opportunity to twist off a jazz song into a dubstep monster or whatever else you can think of! Jazz pianist Achim Kück wrote the music of “Game Over” and recorded it with his trio, the sax-player John Ruocco and singer Silvia Droste. Achim Kück owns Dschäss Records, label which published and released their latest album entitled “Dark Clouds” in 2013.
Now c’t Magazine and Dschäss Records teamed up to bring you the opportunity to remix this dramatic jazz-song which is an outstanding basis for a groovy dance-track or an experimental collage. There is an example by Goat of Neptune who has made a demonstrative (example) dubstep version out of the original. But you will surely find END_OF_DOCUMENT_TOKEN_TO_BE_REPLACED

Foxe Basin is a shallow oceanic basin north of Hudson Bay, in Nunavut, Canada, located between Baffin Island and the Melville Peninsula. For most of the year, it is blocked by ice floes.
The nutrient-rich cold waters found in the basin are known to be especially favorable to phytoplankton and the numerous islands within it are important bird habitats, including Sabine’s Gulls and many types of shorebirds. Bowhead whales migrate to the northern part of the basin each summer.
The basin takes its name from the English explorer Luke Foxe who entered the lower part in 1631. Born in Kingston-upon-Hull, Yorkshire, Luke Foxe searched for the Northwest Passage across North America. In 1631, he sailed much of the western Hudson Bay before concluding no such passage was possible. Foxe Basin, Foxe Channel and Foxe Peninsula were named after him.
I’ve got not the slightest clue if Miss Foxe Basin is anyway relative to the late Luke Foxe or END_OF_DOCUMENT_TOKEN_TO_BE_REPLACED 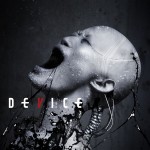 Sick electronic glitches, bass drops and wobbling, oscillating dubstep bass lines and some twisted and contorted noises are merged with the hip hop grooves, r’n’b flavored modern dance music. Best part: it’s for free.
Since his first piano lessons at age five, Josh Money has been composing music. Looking forward to a promising future as a traditional composer, he studied classical composition, guitar, and piano at Macon State. But after hearing the music of producer BT, he took an interest in electronic music and soon learned his true passion was producing behind a computer. After completing his AA in classical guitar, he enrolled at FullSail and in his second month won 1st place in a theme song writing competition for the indie film Flying Tiger. During this time he also made his first introduction into the world of electronic music by writing and singing vocals for the progressive trance hit “400 Years Till Dawn”. END_OF_DOCUMENT_TOKEN_TO_BE_REPLACED

Make the last preparation for the New Year’s Eve Party? Get blasted with the long-awaited Annihilating Rhythm 4 mix by DJ 2rip! The mix featured an onslaught of bass with influence from hard & nasty drumstep and electro provided by artists like Figure, Calvertron, Will Bailey, Receptor, Skream, Lazy Rich, and Bloody Beetroots.
DJ 2rip say: “My last mix in this series came out in January of 2011 so this is a very big day to finally be releasing the new Annihilating Rhythm. It didn’t come so late because I was lazy… I had actually made about 9 versions of the mix but ultimately didn’t feel satisfied or complete. Each Annihilating Rhythm tells several stories and are glimpses into not only my feelings at the time, but also what is going on in the greater dance music & DJ culture.
I also pay attention to a lot of elements when it comes to this series. I like to incorporate new material that intrigues people and expands their listening horizons while telling a story. Sometimes new materials that fit the storyline are not readily available so I might throw in some older tracks to both meet that story as well as diversify the mix.” Pump up the volume and bang on this, got yourself one incendiary hour!! END_OF_DOCUMENT_TOKEN_TO_BE_REPLACED