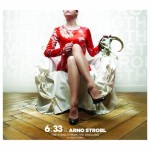 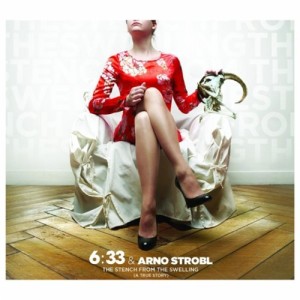 I was in love with 6:33’s 2011 album “Orphan of Good Manners” because it was something out of conventional, fresh and creative. This French band is on the scene since the end of 2008 and now they teamed up with singer Arno Strobl (Burgul Torkhaïn, Carnival in Coal, Maladaptive, Funny Crime) to bring their searches and experiments to the next level.
True, the only downside of this project is the haunting phantom of Mike Patton who is all over the material, but if you’re into Tomahawk, Fantômas and Peeping Tom, this will definitively get to your soul as well, just as it get to mine. But we have to admit, Patton became kind of synonym with avant-garde metal which means on one hand that he’s genius, on the other hand, the scene is kind of small and narrow, not too many people are actually pushing that goddamn old envelope anymore, there are not too many paths to go down.
But then again, 6:33 and Arno Strobl delivered a fine and flawless album, a very colorful and refreshing trip to the experimental fields and outer limits of post-modern rock/metal. This might not be trendy enough, might not bring down the Billboard and probably will not sell million copies, but still, this is something worth to buy and listen!

Parisian band 6:33 saw in 2011 the release of their first album “Orphan of Good Manners” winning rave reviews and acclaimed by critics, which acknowledged them as Faith No More and Devin Townsend’s worthy scions.
Their encounter with Arno Strobl appeared obvious: in May 2012, the union recorded a 30 minutes 3 tracks EP: “Giggles, Garlands, and Gallows” and offered it as a free download during the whole month of May. As a complete surprise for everyone, 2300 people downloaded those three tracks. The success was unanimous, to such an extent that this “simple” digital EP ended second best 2012 French album on the VS Webzine’s readers’ referendum.
After having spent the whole year 2012 on tour (particularly as Devin Townsend and Shaka Ponk’s opening act), 6:33 carry on their collaboration with Arno Strobl and release in April 2013 their second album “The Stench From The Swelling – A True Story” on WaffleGate Prod / Season Of Mist.

Buy it or steal it!!