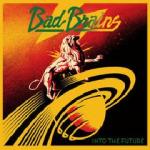 When music becomes boring, going back to the roots it’s always an option. And the ninth studio album by Bad Brains it’s both a classic and a fresh breath of Rasta-Hardcore.
Originally formed as a jazz fusion ensemble called Mind Power in 1975 under the spellbound of bands such as Chick Corea’s Return to Forever and John McLaughlin’s Mahavishnu Orchestra. Two years later, a friend of the band, Sid McCray, introduced the band to Punk Rock, playing for them bands such as the Dickies, the Dead Boys, and the Sex Pistols. They became obsessed with the new genre and changed their name to “Bad Brains”, after the Ramones song “Bad Brain”, but using the word “bad” in the sense of “good”.
The band developed an early reputation in Washington D.C., due in part to the relative novelty of an entirely black band playing Punk Rock, but also due to their high-energy performances and undeniable talent. In 1979, Bad Brains found themselves the subject of an unofficial ban among many Washington D.C. area clubs and performance venues – later addressed in their song, “Banned in D.C.”. The band subsequently relocated to New York City.
Widely regarded as among the pioneers of Hardcore Punk, Bad Brains recordings also featured elements of other genres like Funk, Dub, Heavy Metal, Hip-Hop and Soul. The band broke up and reformed several times over the years, sometimes with different singers or drummers. Among others, Chuck Mosley, former Faith No More singer being part of the group between 1990 and 1991. The band’s classic and current lineup is singer H.R. (Human Rights), guitarist Dr. Know, bassist Darryl Jenifer, and drummer Earl Hudson, H.R.’s younger brother.
Released on November 20, 2012 on Megaforce Records, “Into The Future” it is a tribute dedication to Adam Yauch of the Beastie Boys, a longtime friend of the band who died of cancer this year.

Adam produced their previous album “Build a Nation”. The 13 new jams are kicking into the future bringing up the aromas of the past and delivering a charming mixture of tastes and sounds. “Popcorn” it’s a murderous anthem introducing a proper doze of humor, while the very next “We Belong Together” it’s an absolute classy Hardcore fire-starter. Just as the furiously grinding “Yes I” and its Metal flavor. “Suck Sess” it’s a 101% Punk Rock classic as rarely you can listen nowadays, while “Jah Love” it’s an addictive trip into Dub.
And this an absolutely winner braiding of different genres and styles which are running throughout the album bringing new life into these good-old-fashioned themes and build-ups.