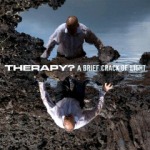 Russian novelist Vladimir Nabokov, once describes life as “A brief crack of light between two eternities of darkness”. The forthcoming thirteenth studio album by Therapy? was entitled “A Brief Crack Of Light”, it was originally scheduled to be released in October 2011 , but delayed to be released on February 6, 2012.
The first single, “Living In The Shadow Of The Terrible Thing” is available for download since January 23rd and Therapy? have the same edge, sounds dirty and pounding.
The album was recorded in two separate sessions, the first from December 2010 to February 2011, and the second in June 2011 at Blast Studios, Newcastle, England, and it was produced by Adam Sinclair and Andy Cairns.
This is not the Therapy? of ’94, and this isn’t the follow up of “Troublegum”, probably they will not make it again to the Top of the Pops, but I still love them, and this is the logical follow up of their previous “Crooked Timber” (2009), a truly and deeply alternative rock album. 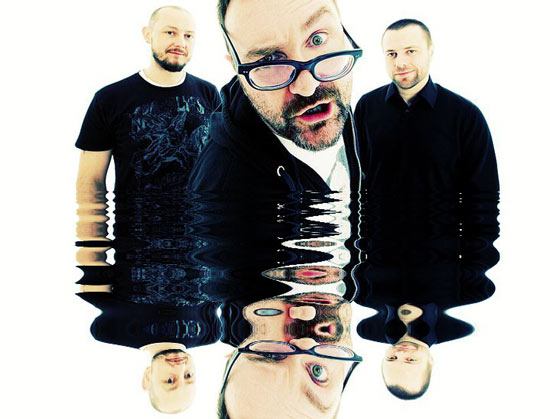 The sound is quite unpolished, have a kind of garage taste and vibe, Andy Cairns, Michael McKeegan and Neil Cooper delivered a rough, noisy collection of songs, the best mixture of punk rock and alternative metal, and maybe the days of their commercially success are over, but Therapy? is the same exciting outfit as they ever were. I love the experimental taste of “Marlow”, the dark pulse of “Before You, With You, After You”, the contorted colors of “The Buzzing”, the tension reaching out from the bluesy grooves of “Get Your Dead Hand Off My Shoulder”, the grinding, controlled rage of “Why Turbulence” and the cold bitterness of “Ecclesiastes”.
This is a bloody great album from a bloody great band! Love this shit!