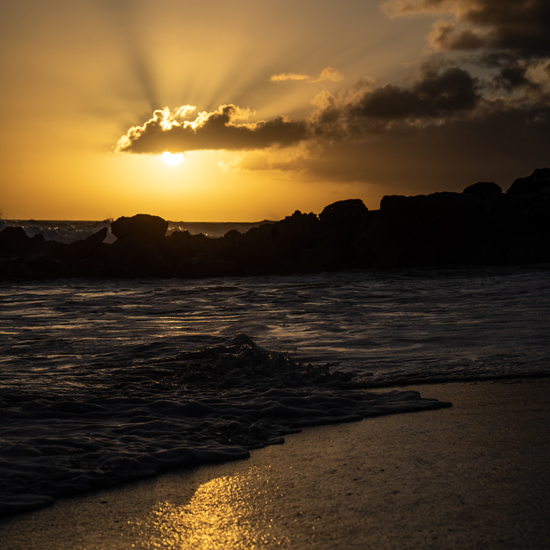 Barbados is an island country in the Lesser Antilles of the West Indies, in the Caribbean region of the Americas, and the most easterly of the Caribbean Islands.
The country generally experiences two seasons, one of which includes noticeably higher rainfall. Known as the “wet season”, this period runs from June to December. By contrast, the “dry season” runs from December to May.
Its location in the south-east of the Caribbean region puts the country just outside the principal hurricane strike zone.
Browne’s Beach is one of the largest of Barbados’ beaches, stretching from The Boatyard in the north to Needham’s Point in the south.
Located just on the outskirts of the capital city Bridgetown, the waters here are very calm making it ideal for swimming and sea bathing.
Brownes Beach overlooks the lovely Carlisle Bay which is often dotted with small boats and catamarans. The bay is home to many shipwrecks which in turn are home to tropical fish, starfish, seahorses and more! If you’re a scuba diver be sure to visit Carlisle Bay. Several catamaran cruises also stop at Carlisle Bay for snorkeling. 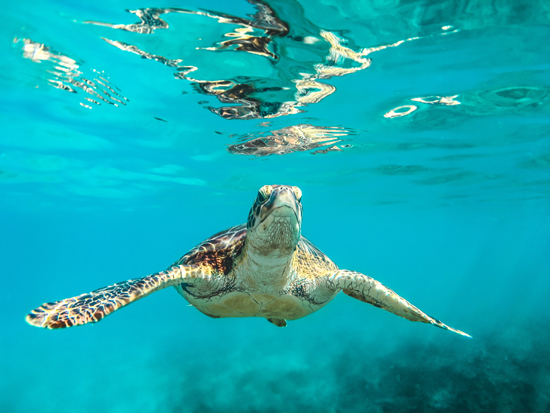 Photo by Cédric Frixon on Unsplash

Praslin is the second-largest island of Inner Seychelles, lying northeast of Mahé in the Somali Sea.
It was named Isle de Palmes by explorer Lazare Picault in 1744. During that time it was used as a hideaway by pirates and Arab merchants. In 1768 it was renamed Praslin in honor of French diplomat César Gabriel de Choiseul, duc de Praslin.
Praslin is known as a tourist destination with several hotels and resorts, as well as a number of beaches such as Anse Lazio and Anse Georgette.
It has substantial tracts of tropical forests with birds such as the endemic Seychelles bulbul and the Seychelles black parrot. The Vallée de Mai Nature Preserve, established in 1979,[1] is known for its unique coco de mer and vanilla orchids. It has been reported that General Charles George Gordon of Khartoum (1833-1885) was convinced that Vallée de Mai was the Biblical “Garden of Eden”. 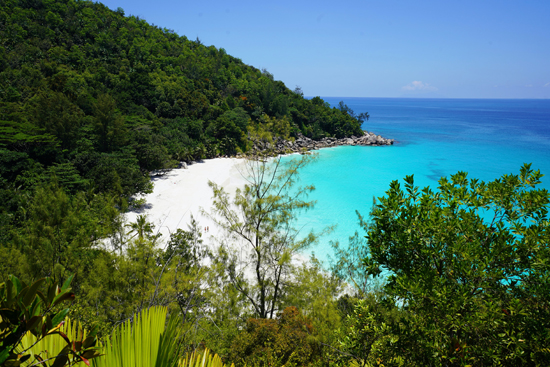 Photo by Datingscout on Unsplash

The Yasawa Group is an archipelago of about 20 volcanic islands in the Western Division of Fiji, with an approximate total area of 135 square kilometres, respectively 52 sq mi.
Until 1987, it was the policy of the Fiji government that the Yasawa Group was closed to land-based tourism because the king of the Yasawa Group, who was not controlled by the government, did not want tourism. There were limited cruise operations since the 1950s, but passengers had to stay aboard their ships. Without tourism, the local residents lived in peace and harmony in a communal atmosphere. Since the Fijian government lifted the restrictions on land-based tourism in the Yasawa Group, a number of resorts have been established there. Due to its freehold real-estate status, three budget resorts have been operating on Tavewa island since the early 1980s.
As one of the outer island chains, options to get to the Yasawa Islands are a bit more limited than some of the closer islands to Nadi and Denarau. Seaplanes from local airlines, like Turtle Airways, make multiple flights to the Yasawa resorts per day, and charters are also available. Helicopter charters are also available or one can take the Yasawa Flyer, a catamaran. 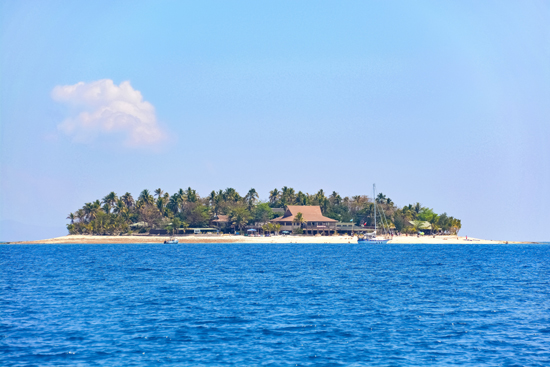 Photo by Jeremy Bezanger on Unsplash

Bora Bora is an island group in the Leeward Islands. The Leeward Islands comprise the western part of the Society Islands of French Polynesia, which is an overseas collectivity of the French Republic in the Pacific Ocean.
Bora Bora is a major international tourist destination, famous for its seaside and offshore luxury resorts. The major settlement, Vaitape, is on the western side of the main island, opposite the main channel leading into the lagoon. Produce of the island is mostly limited to what can be obtained from the sea and from the plentiful coconut trees, which were historically of economic importance for the production of copra.
The island’s economy is driven almost entirely by tourism. Several resorts have been built on the motu surrounding the lagoon.
Bora Bora has a tropical monsoon climate. Temperatures are relatively consistent throughout the year, with hot days and warm nights. The dry season lasts from June to October, but there is some precipitation even during those months.
Most of the tourist destinations are sea-oriented; however, there are also tourist attractions on land, such as World War II cannons. Air Tahiti operates five or six flights daily between Tahiti and the Bora Bora Airport on Motu Mute.
There is no public transport on the island, so rental cars and bicycles are the recommended means of transport.
Snorkeling and scuba diving in and around Bora Bora’s lagoon are popular activities. Many species of sharks and rays inhabit the surrounding waters. A few dive operators on the island offer manta-ray dives and shark-feeding dives.

Image by WikiImages from Pixabay

Pfeiffer Beach is located in the Big Sur region of California. It is one of the most popular beaches on the Central Coast and is well known for Keyhole Rock, a popular photography subject. On a limited number of days in December and January each year, photographers crowd the beach to obtain pictures of the setting sun visible through the arch. Due to the steep terrain prevalent along the Big Sur coast, it is one of the few ocean access points within Big Sur.
The entrance to Sycamore Canyon Road, a single-lane, 2.2 miles, about 3.5 km, long access road, can be difficult to find. The road and the beach are within the Los Padres National Forest.
The 1 mile, about 1.6 km, long beach is known for purple patches of sand that are occasionally visible, especially after rain. The purple colour is caused by Manganese garnet that is eroded down from nearby hillsides. Since Pfeiffer Beach is on Federal land, nudity is legal and state nudity laws and state park nudity regulations don’t apply. The north end of the beach is sometimes clothing optional.
The beach is open 9:00 a.m. to 8:00 p.m. No camping or fires are permitted. 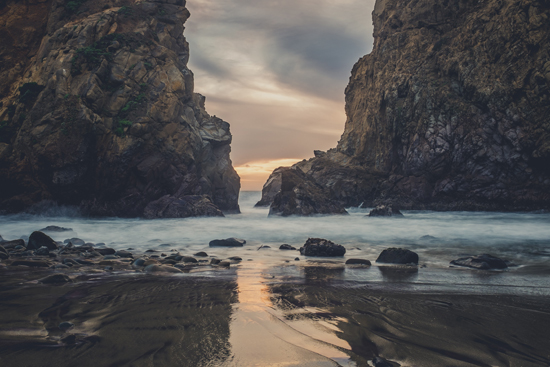 Photo by Kace Rodriguez on Unsplash

Jekyll Island is located off the coast of the U.S. state of Georgia, in Glynn County. It is one of the Sea Islands and one of the Golden Isles of Georgia barrier islands. The island is owned by the State of Georgia and run by a self-sustaining, self-governing body.
It was long used seasonally by indigenous peoples of the region. The Guale and the Mocama, the indigenous peoples of the area when Europeans first reached the area, were killed or forced to leave by the English of the Province of Carolina and their native allies, and by raids by French pirates. Plantations were developed on the island during the British colonial period.
A popular tourist destination, the island has beaches frequented by vacationers. Guided tours of the Landmark Historic District are available. Bike trails, walks along the beaches and sandbars, and Summer Waves, a water park, are among the active attractions. The historic district features numerous impressive and ambitious buildings from the late nineteenth and early twentieth centuries. The island is also full of wildlife, consisting of many different mammals, reptiles, and birds living and breeding in the island’s inland salt marshes. In 2018, Architectural Digest named Jekyll Island one of the 50 most beautiful small towns in America.
Scenes from the films X-Men: First Class, Glory, The Legend Of Bagger Vance, Jekyll Island, and The View from Pompey’s Head have been filmed on Jekyll Island. On October 27, 2014, Red Zone Pictures filmed here for Magic Mike XXL (2015), starring Channing Tatum. In 2016, an episode for The Walking Dead Season 7 was filmed on the island, as well as part of an episode in season 10 in 2019. 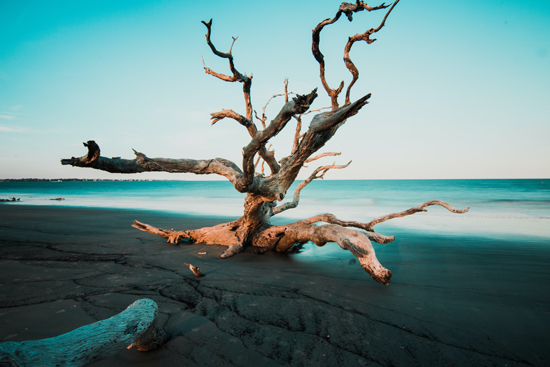 Photo by Zach Reiner on Unsplash

The Canary Islands also known informally as the Canaries, is a Spanish archipelago in the Atlantic Ocean, in a region known as Macaronesia. They are the southernmost of the autonomous communities of Spain and are located in the African Tectonic Plate. The archipelago is economically and politically European and is part of the European Union.
The eight main islands are (from largest to smallest in area) Tenerife, Fuerteventura, Gran Canaria, Lanzarote, La Palma, La Gomera, El Hierro and La Graciosa. The archipelago includes many smaller islands and islets, including Alegranza, Isla de Lobos, Montaña Clara, Roque del Oeste, and Roque del Este. It also includes a number of rocks, including those of Salmor, Fasnia, Bonanza, Garachico, and Anaga. In ancient times, the island chain was often referred to as “the Fortunate Isles”. The Canary Islands are the southernmost region of Spain and the largest and most populous archipelago of Macaronesia.[7] Because of their location, the Canary Islands have historically been considered a bridge between the four continents of Africa, North America, South America, and Europe. 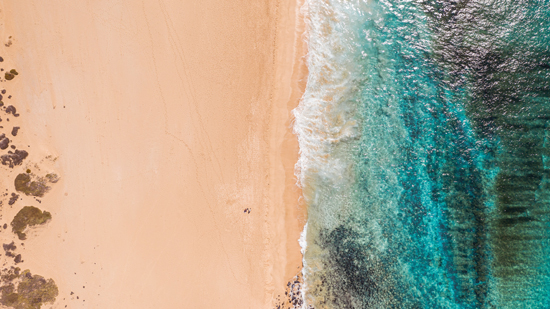 Photo by Canary Ride on Unsplash