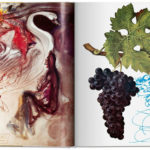 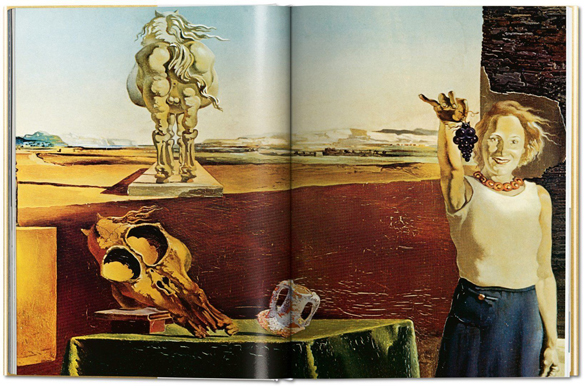 Last published in 1978, The Wines of Gala is Salvador Dalí’s eccentric guide to wine grapes and their origin. Filled with over 140 appropriated artworks and collages collected and created by Dalí, the book is an equally surreal follow-up to TASCHEN’s reprinting of the artist’s cookbook Les Diners de Gala. In addition to Jean-François Millet’s The Angelus, which was a constant point of reference in Dali’s works, visuals include a Bacchus-like kitten, and a sort of tableau vivant featuring Dali himself. 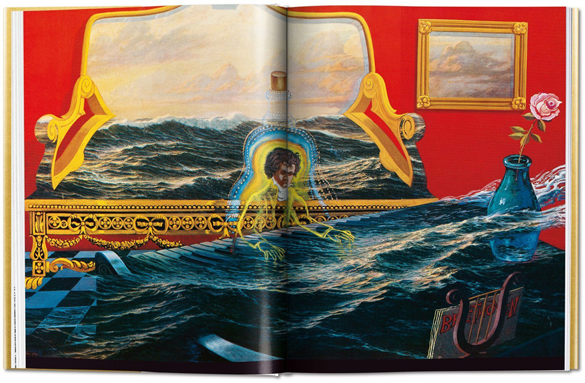 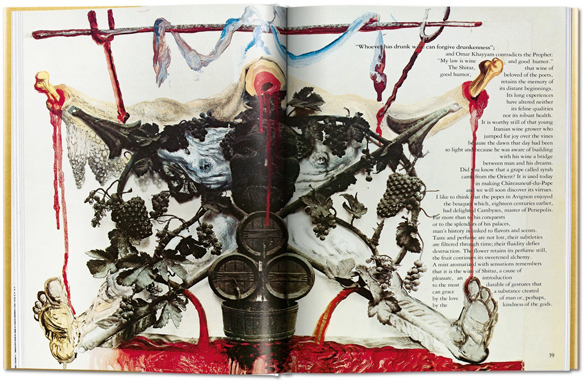 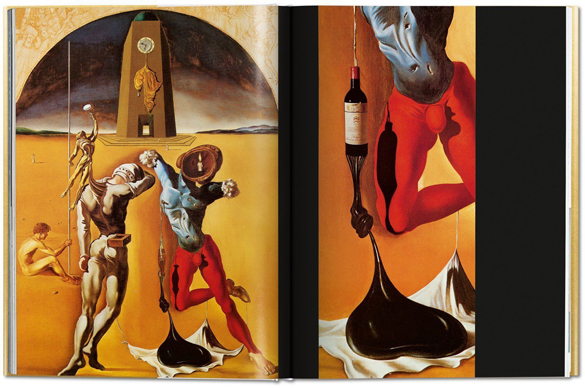 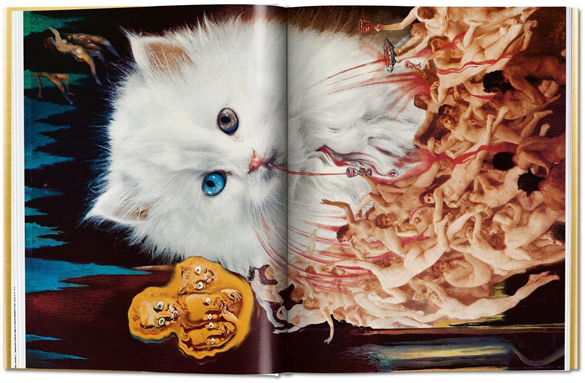 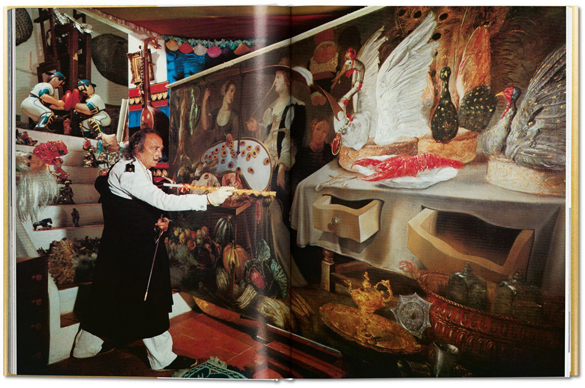 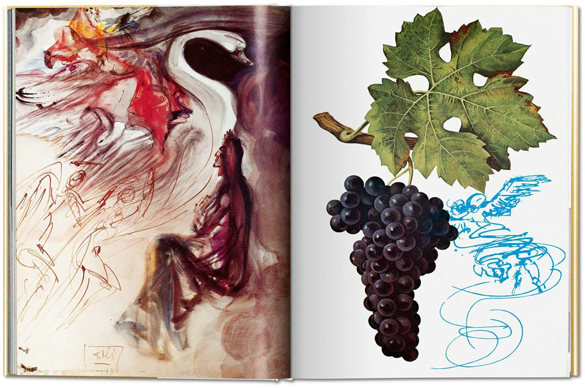 In keeping with Dalí’s efforts to create artwork based on his emotions, memories, and dreams, the artist chose to organize the wines in the book by how they influenced his mood. The groupings are appropriately imaginative classifications including such section titles as “Wines of Frivolity,” “Wines of the Impossible,” and “Wines of Light.” A section in the book also outlines Dalí’s method of ordering wine by emotional experience, quoting the artist’s famous credo: “A real connoisseur does not drink wine but tastes of its secrets.”