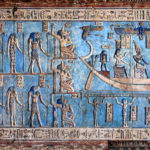 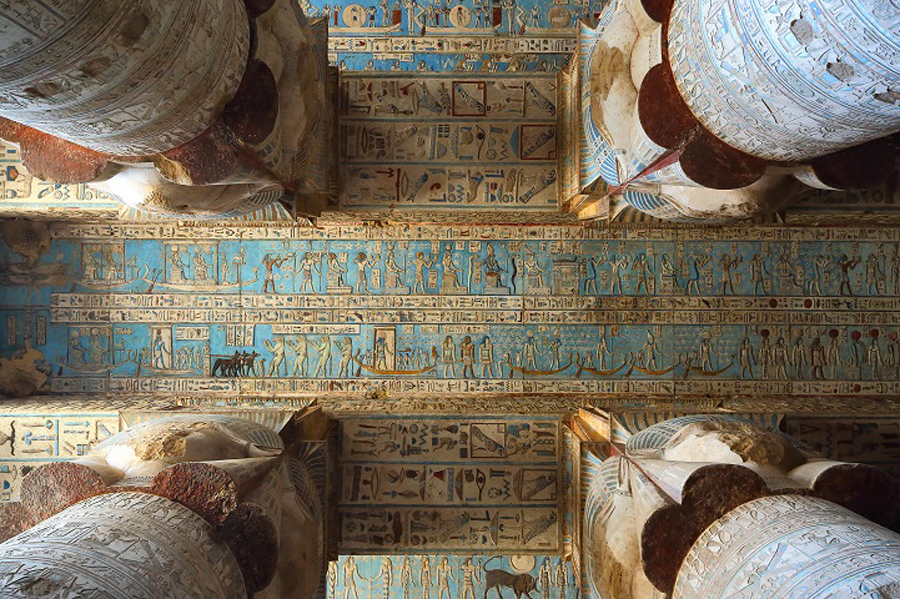 Scattered throughout modern Egypt are many ancient temples which are famous for their splendor and historical significance. The perfect example of one of these breathtaking displays of luxury is the Temple of Hathor. Built around 2250 BC, the artwork that runs throughout the building is remarkably well kept, despite being thousands and thousands of years old. As the main temple within the significant Dendera Temple complex, it is known for being one of the best-preserved sites in all of Egypt. 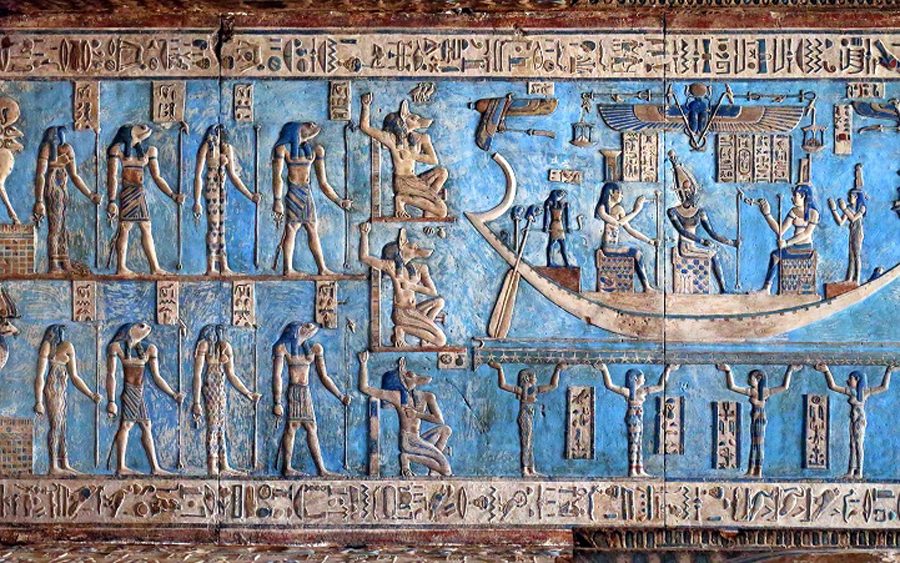 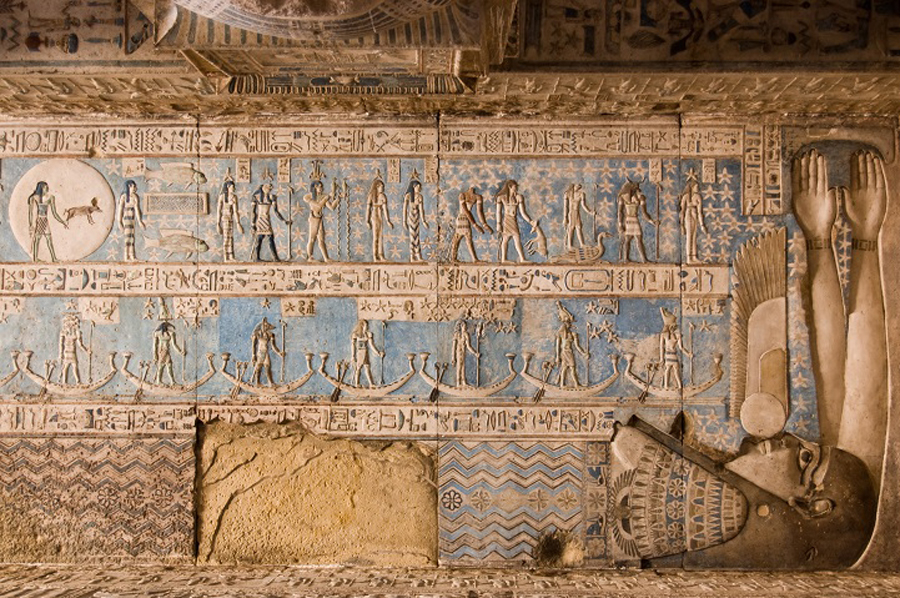 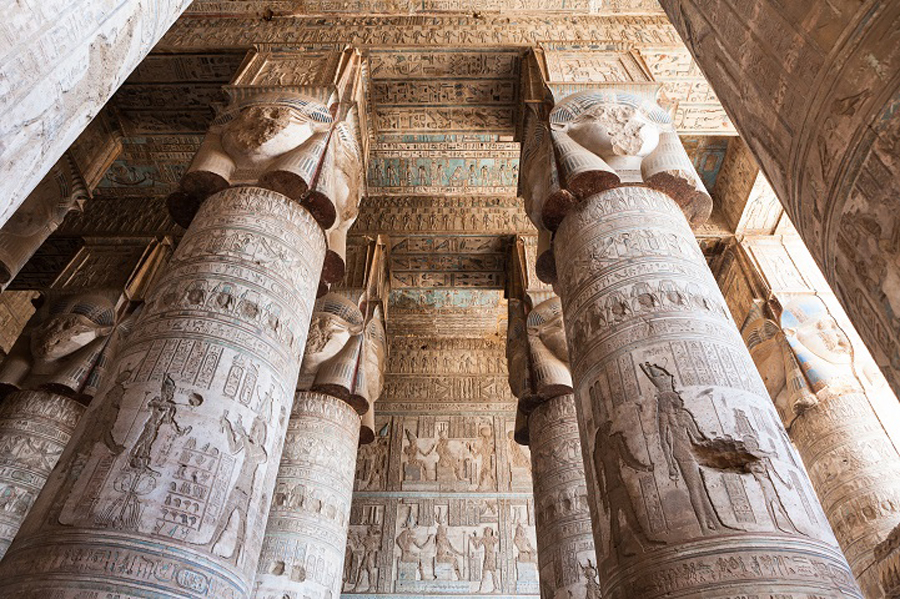 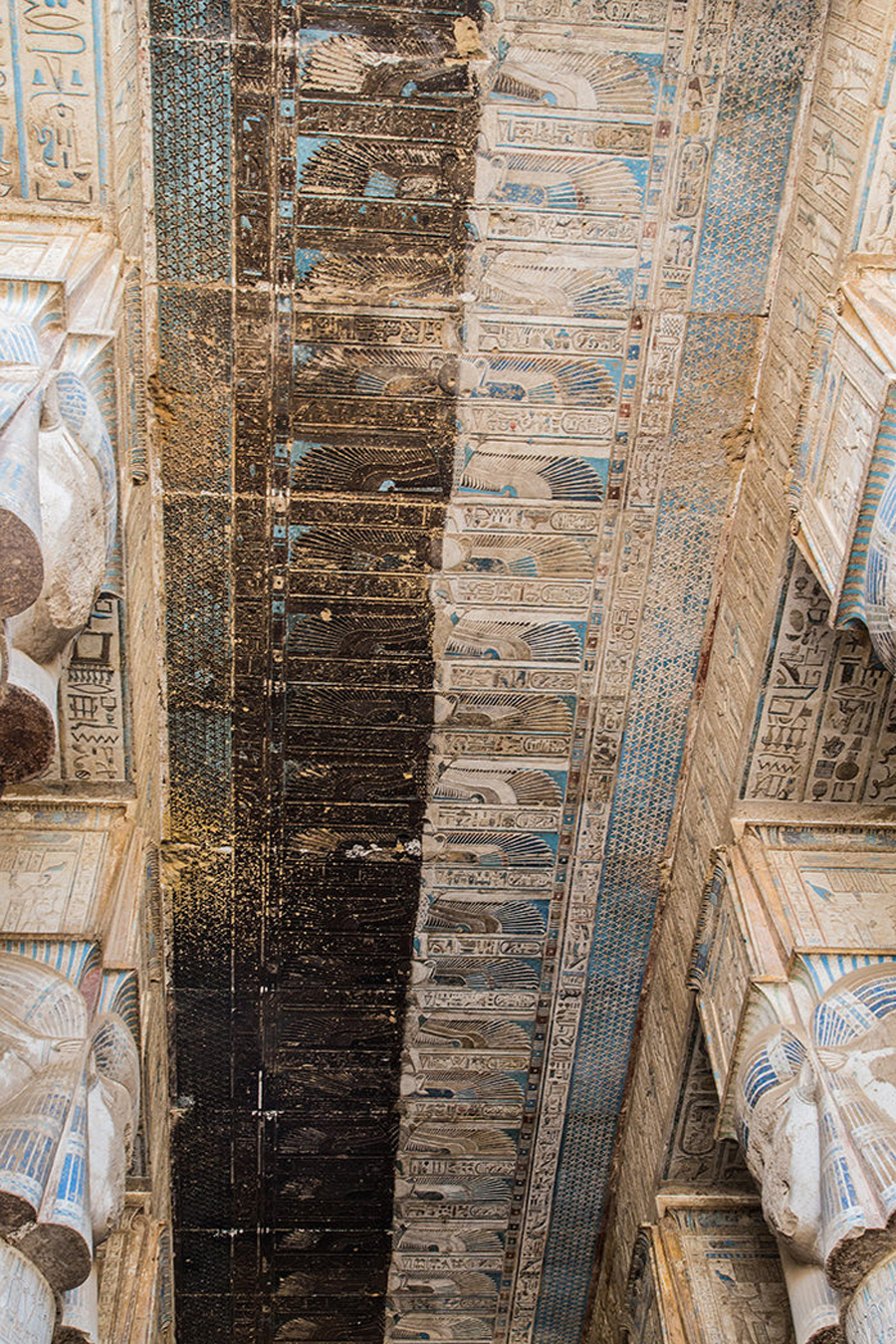 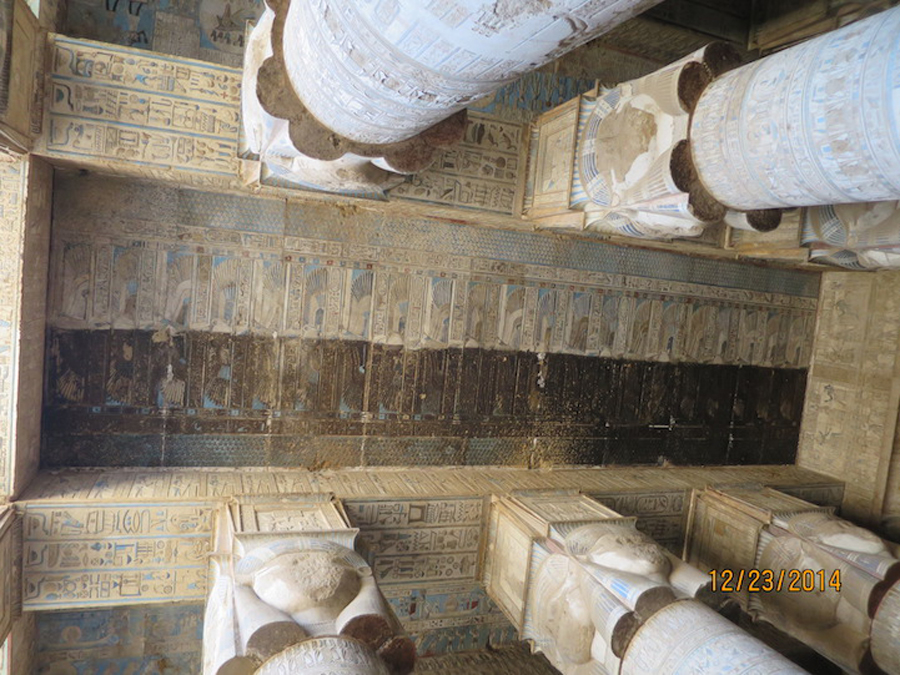 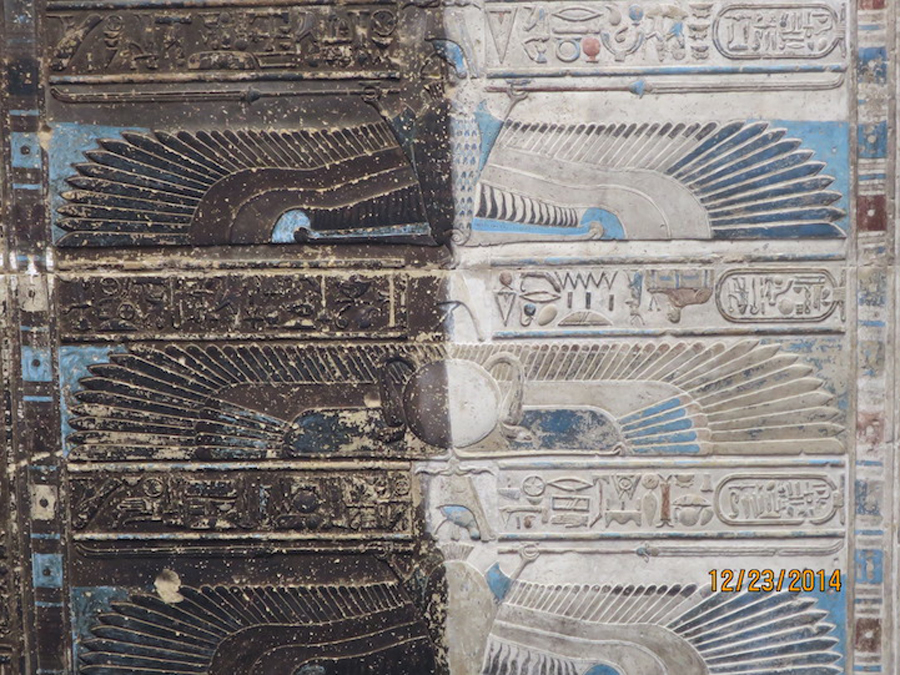 Facing the Nile, the sanctuary layout is classical Egyptian, containing stunning examples of Ptolemaic Egyptian artwork including depictions of Cleopatra and her son, fathered by Julius Caesar. The temple itself was built to worship the Ancient Egyptian goddess Hathor, who personified feminine love, healing, and motherhood. Imposing columns have been carved to bear the face of the goddess, complete with the cow horns she is typically shown to bear.

Though the entire temple is magnificent, it is the ceiling that remains the true masterpiece. Recently, workers carefully removed hundreds of years of black soot which accumulated as a centuries-old Arab village established camp within the temple. Through the restoration, a spectacular and vibrant painting overhead was slowly revealed. Decorated with a complex astrological chart of the heavens and zodiac signs, the ancient temple ceiling now offers a highly detailed setting to study or just a lovely scene to visit and be swept away by the antiquated opulence.