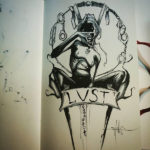 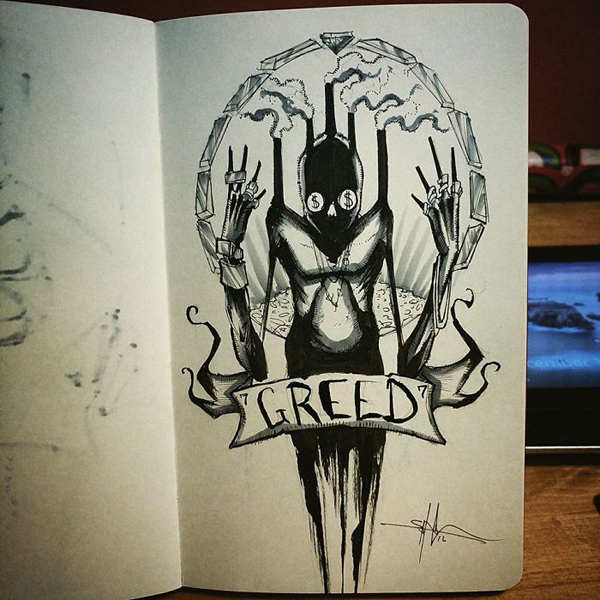 The seven deadly sins, also known as the capital vices or cardinal sins, is a grouping and classification of vices of Christian origin. Behaviors or habits are classified under this category if they directly give birth to other immoralities. According to the standard list, they are pride, greed, lust, envy, gluttony, wrath, and sloth, which are also contrary to the seven virtues. These sins are often thought to be abuses or excessive versions of one’s natural faculties or passions (for example, gluttony abuses one’s desire to eat).
This classification originated with the desert fathers, especially Evagrius Ponticus, who identified seven or eight evil thoughts or spirits that one needed to overcome. Evagrius’ pupil John Cassian, with his book The Institutes, brought the classification to Europe, where it became fundamental to Catholic confessional practices as evident in penitential manuals, sermons like “The Parson’s Tale” from Chaucer’s Canterbury Tales, and artworks like Dante’s Purgatory (where the penitents of Mount Purgatory are depicted as being grouped and penanced according to the worst capital sin they committed). The Church used the doctrine of the deadly sins in order to help people stop their inclination towards evil before dire consequences and misdeeds occur; the leader-teachers especially focused on pride (which is thought to be the one that severs the soul from Grace, and one that is representative and the very essence of all evil) and greed, both of which are seen as inherently sinful and as underlying all other sins (although greed, when viewed just by itself and discounting all the sins it might lead to, is generally thought be less serious than sloth). To inspire people to focus on the seven deadly sins, the vices are discussed in treatises, and depicted in paintings and sculpture decorations on churches. Peter Brueghel the Elder’s prints of the Seven Deadly Sins and extremely numerous other works, both non-religious and religious, show the continuity of this practice in the culture and everyday life of the modern era. (Source: Wikipedia)

Shawn Coss is a professional artists who currently produces art for the web comic and animated shorts of Cyanide and Happiness as well as selling his own original work, including a clothing line. He has been working professionally as an artist for around seven years however with all careers born of passion, he has been creating at all stages of life. The focus of this review is on his artwork, primarily his freelance work as it depicts his style and technique more vividly than his work for Cyanide and Happiness.
As a blanket statement his art style is quite dark and free, not limited by the medium of creation, some works painted on canvas, some inked on paper, some black and white pencil works and some digital renditions. In each instance, regardless of the medium the overall style and quality of technique displayed remain constant. The majority of the depicted content is skeletal or demonic of nature, complimented and brought to life with impressive command over form and tone. More often than not, colour is only used to accentuate and highlight other areas of the artwork. The general greyscale palate does not hinder the aesthetic goals of the work however, merely accentuates the defined form of the artwork.
In all of Shawn’s work there is featured a dark variant of some creature or a form born of darkness itself. Contrary to the conclusions that may be drawn on first glance I feel like this is both intended and appropriate. Intended as it is the natural style that prominently features in his work and appropriate as it conveys a message that regardless of subject there is always an unseen darker side. It is refreshing to see an artist tackle such concepts in regularity without prejudice and without adhering to social restrictions or conforming to the current popular culture. The integrity of the content created is both inspiring and to be respected. This artistic integrity draws a niche and dedicated population to the ranks of his fans.
As artists it is a worthy goal to aspire to perfect our creations, however at the point when you feel your work is perfect it stops getting better. So considering that perfection is in essence unattainable, than the next best thing is to be true to yourself and to develop a recognisable aesthetic, which as an artist, Shawn has managed to do. Overall I feel that with his constantly improving technique, development and evolution of his style and all whilst upholding his creative integrity his art can be considered the product of a great artist and is then inherently itself great. As a concluding point I feel it necessary to express that although not all of his work is crisp and clean, the raw presentation is in itself a pure quality of the work, it is part of the rich and appealing aesthetic that remains a trait of his chosen content and style. Overall, considering all things, I feel that the art of Shawn Coss is true to his style, aesthetically appealing and commands respect both visually and technically. 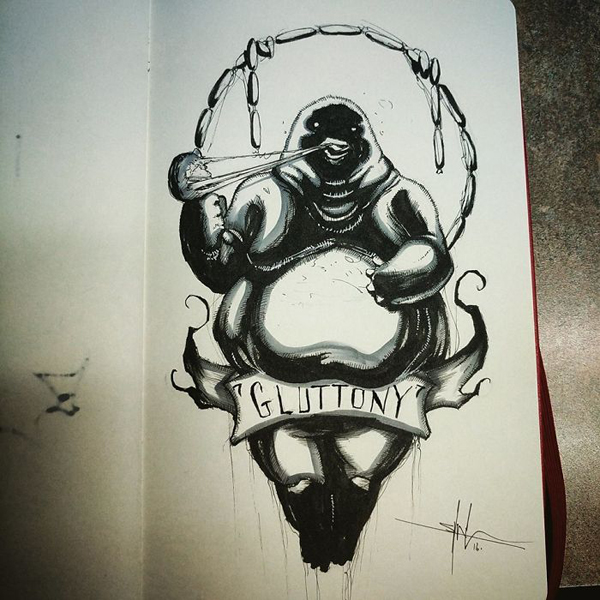 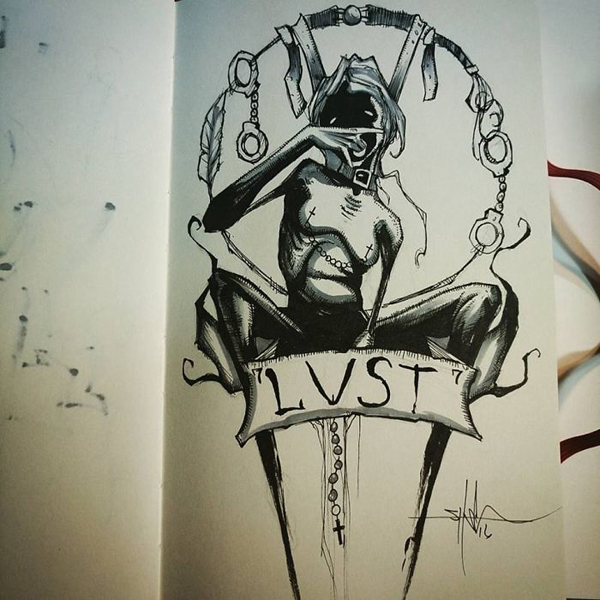 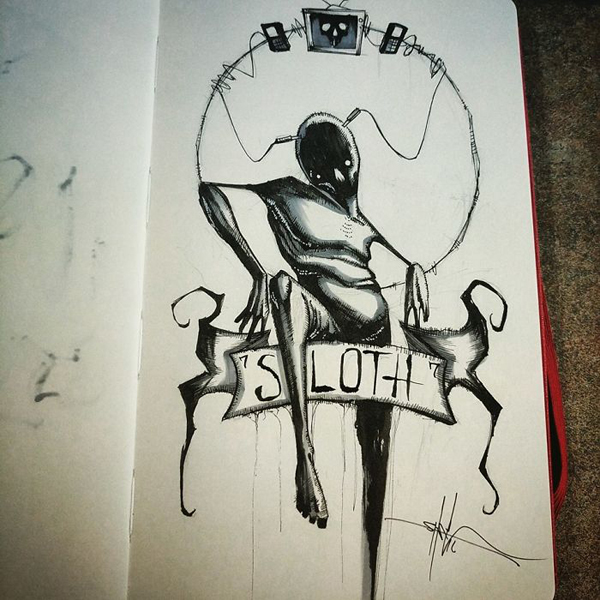 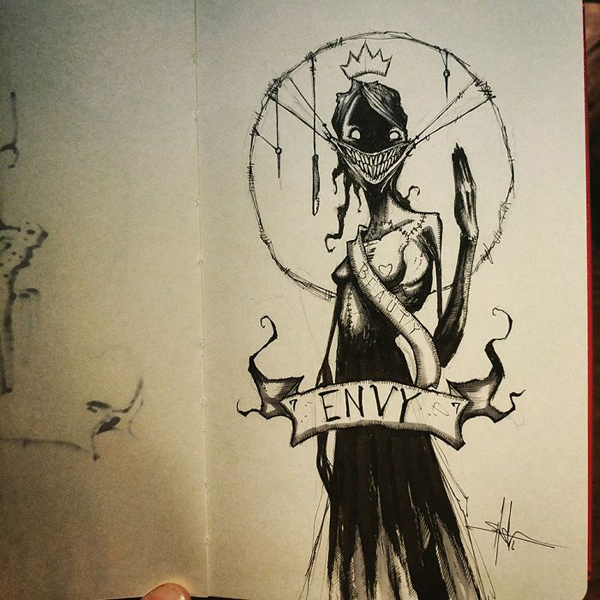 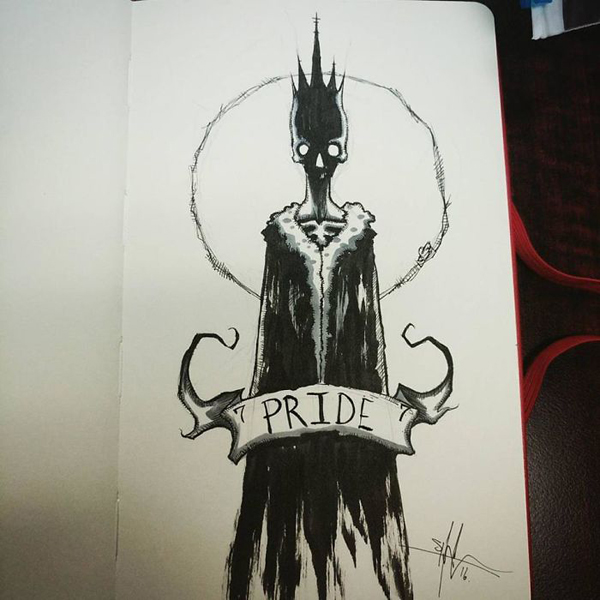 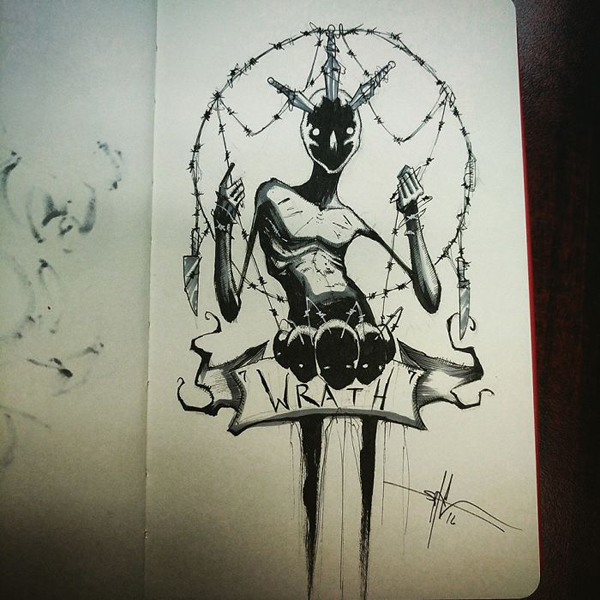