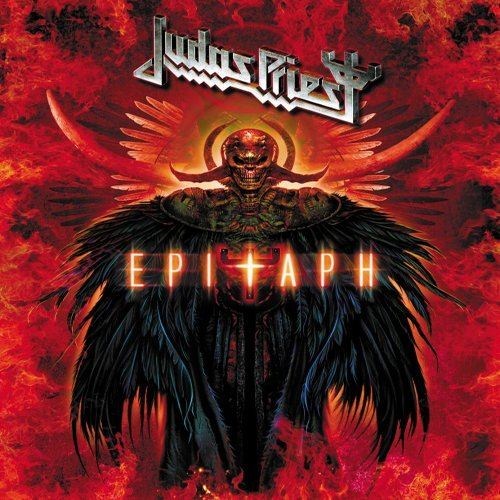 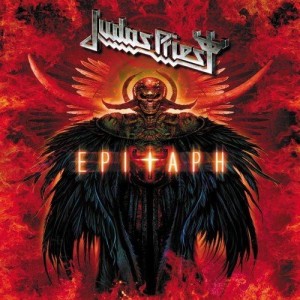 An epitaph is a short text honoring a deceased person, strictly speaking that is inscribed on their tombstone or plaque, but also used figuratively. “Epitaph” is a song composed by Glenn Tipton and performed and recorded by the British Heavy Metal band Judas Priest for their 1976 album “Sad Wings of Destiny”. It’s one of the very rare Judas Priest songs featuring Tipton playing piano and not guitar.
So, this was supposed to be kind of a farewell tour for the Metal Gods, a last effort before retirement for the Brit Heavy Metal band formed in 1969. After guitarist K.K. Downing’s retirement from the band in 2011, bassist Ian Hill is the only remaining founding member, but honestly I was quite curious about the performances of singer Rob Halford (age 61), as well how guitarist Richie Faulkner (age 33) filled in. Well, ladies and gentlemen, it’s bloody unbelievable how Halford still can scream the hell out of his lungs and Faulkner who previously played in bands such as Dirty Deeds, Voodoo Six, Ace Mafia and Lauren Harris – all lined up more on the Iron Maiden side-chain of the British Heavy Metal – are take over perfectly the role of K.K. Downing both as stage presence and guitar performance, delivering those killer guitar solos and twin-riffing. 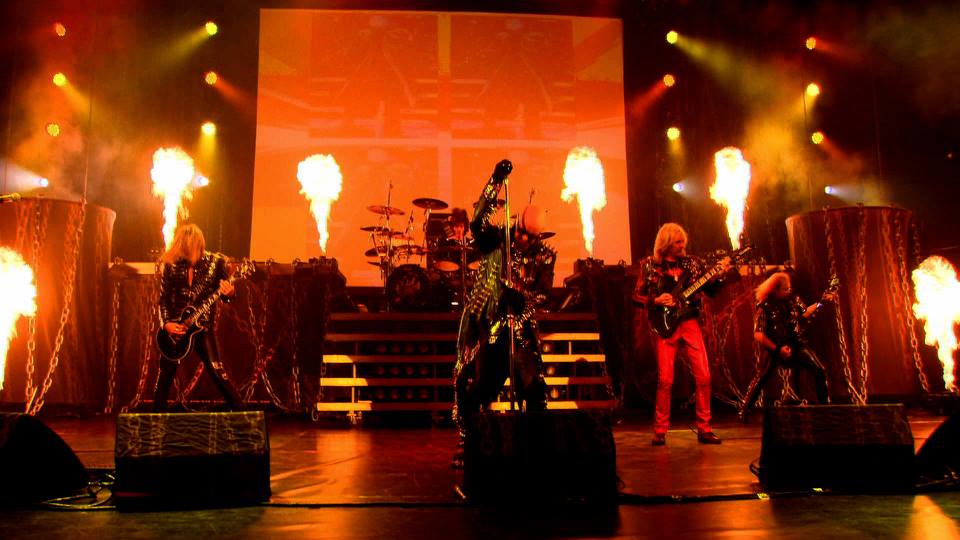 The set-list covers 40 years of stainless Heavy Metal and the 21 tracks covers all the albums, except the Jugulator and Demolition, the two studio albums which features singer Tim “Ripper” Owens who replaced Halford (quite honorable, I must mention) between 1996–2003. I think Halford could left aside his resentments and would performed at least “Blood Stained” or “Burn in Hell” from Jugulator, an important and solid release of the band, but well, musicians are bitches, so, no songs from the Owens period.
But then again, this is a surprisingly strong and flawless release.
I also admit, British Steel and Ace of Spades were two of the most important and determinant albums of my teenager years and listening this album, respectively watching the DVD was surprisingly refreshing. And dude, I’m not nostalgic, not for a goddamn bloody moment, but the band play just like 40, 30, 20 or 10 years ago and like them or not, must admit, they have a couple of killer tracks.
The last date of the tour was held in an unusually small venue, London’s Hammersmith Apollo. This return to Judas Priest’s homeland was filmed for a live DVD.

On 5 June 2013, Rob Halford confirmed that the Epitaph World Tour would not be the band’s final tour, further, it seems the band seriously working on a new album. Looking forward to hear their new stuff!!