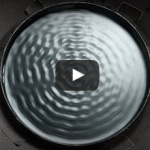 From the album ‘Solar Echoes‘.

END_OF_DOCUMENT_TOKEN_TO_BE_REPLACED

Rage Against the Machine bassist Tim Commerford, drummer and restaurant owner Mathias Wakrat and guitarist Laurent Grangeon proves that hardcore-punk it’s not dead and there is a future!
Wakrat (pronounced “wok-rat”) is finishing their as-yet-untitled debut album. Stay tuned!

“Mephistopheles of Los Angeles” it taken from the new album, THE PALE EMPEROR, available now wherever music is sold.

It’s not a secret, I love the debut effort by Random Being, I have written about it here.
Just a small reminder. Random Being it’s an on-line creative collective and their collaboration bring to the surface a magical-mystery world of sounds and emotions, grooves and emulations. Self label it “avant-pop”, their universe it’s a melting pot of different genres and flavors, it’s a place of psychedelia, space and progressive rock, fever-burned rhythmics, contorted samplers and sound manipulations, jazz grooves and tango fueled passions. It might be post-pop as well – while post became the new (fashionable) porn. Think of David Bowie, P.I.L., Peter Gabriel and Pink Floyd jamming in the same room.
Now they delight not only our ears, but as well our eyes delivering a throughout exciting video journey for all the songs from the album. END_OF_DOCUMENT_TOKEN_TO_BE_REPLACED

Marilyn Manson it’s back, alive, screaming and kicking. The first sing it’s this song called “Cupid Carries a Gun” written for the main title track of th television series, “Salem”, written and recorded in collaboration with the series composer, Tyler Bates – current Manson producer (and live band member) and drummer Gil Sharone – formerly of The Dillinger Escape Plan, Puscifer, Fishbone, +44 and Stolen Babies.
Meanwhile Manson confirmed that the new album is “prepared for landing” and another new song from Manson will feature in the upcoming film John Wick, which is set for release on October 24, 2014.

Pound Me The Witch Drums

This was a series of concerts started on October 31, 2012 by Guns N’ Roses celebrating 25 years from the release of their 28 million copies worldwide selling album “Appetite for Destruction” (1987), album which reached No. 1 on the Billboard 200, including the super-hit “Sweet Child o’ Mine”, their only single to reach No. 1 on the Billboard Hot 100; and four years since the release of their latest album “Chinese Democracy” (2008). The last of this shows was on June 7, 2014 in The Joint at Las Vegas, also part of their second residency at The Joint titled “No Trickery! An Evening of Destruction” consisted in 9 shows.
Produced by Barry Summers from Rock Fuel Media was filmed live at The Joint at the Hard Rock Casino in Las Vegas on November 21, 2012, and it was filmed entirely in Full HD/3D. The recording includes 25 songs, all the classic Guns N’ Roses hits, but also a few surprises as the guitar solo and track by guitarist Tommy Stinson or the Pink Floyd cover “Another Brick in the Wall Part 2”. 2 hours and 43 minutes of wild, irresistible Guns N’ Roses. END_OF_DOCUMENT_TOKEN_TO_BE_REPLACED

A crocodile driving, skating and biking through Berlin. Shot with a 360° rig using 6 GoPro Cameras and a 3D printed mount.
Jonas Ginter explain: “In order to breathe life into this little planet and to implement them as a moving picture, I’ve tried a lot of funny things in the last few years: I’ve screwed my cameras on the turntable and nights trying to put thousands of pictures. Has not worked. I have strange designs with mirrors looked at and frustrated found that the absolute nonsense. Piece by piece, came the realization that I can realize 360 degree videos only when I capture the image in one take. So the logical conclusion was: Many cameras. Luckily there GoPro cameras that cover with her ​​fisheye lens a decent viewing angle. So you only need six cameras to record horizontally 360 ° and vertically 180 ° can. Provided you point the camera from exactly. The closer the lenses are to each other and the more overlap produce each camera the better the result. I have unsuccessfully experimented with rubber bands, cable ties, wood and polystyrene. Only with the construction of a support which has been printed in the 3D printer, everything worked satisfactorily. I have this template as a base and used a bit off without the help of any crack of the Hacker Space Bremen and especially without Andree’s and Michael’s involvement, would have been all that nothing.” END_OF_DOCUMENT_TOKEN_TO_BE_REPLACED

Recording sessions for the upcoming Band for Rent EP “I know this feeling”. If you like Alice In Chains, you will love Band For Rent. Stay END_OF_DOCUMENT_TOKEN_TO_BE_REPLACED

If you think dubstep it’s dead, you might be right if you’re considering dubstep that mainstream bullshit the media selling so… extensively. But what about something called future punk? Unfortunately, one of my favorite bands, Subsource have officially split. Fortunately END_OF_DOCUMENT_TOKEN_TO_BE_REPLACED