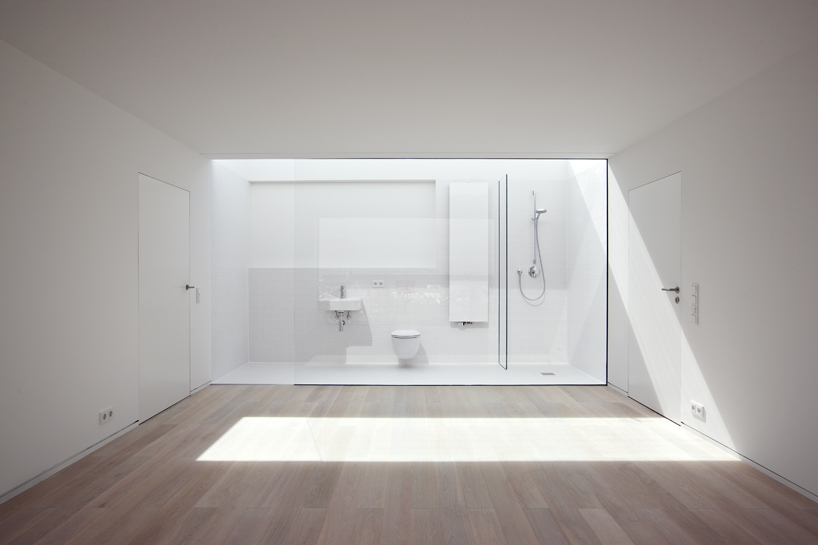 “Constructed out of prefabricated high insulation timber panels and energy-efficient glazing, the well crafted cuboid by Frankfurt-based architect Ian Shaw generates spectacular light throughout the interior fabric of the bathroom. Articulated as a classic modernist intervention; a box set into a traditional pitched roof atop a standard three-story house. the light within is ethereal, the washroom and stairwell exploits their south facing aspect through the use of extensive roof glazing. This creates a dramatic interplay of light and shadow. by contrast, the scheme’s large north facing window evenly illuminates throughout the day. As one END_OF_DOCUMENT_TOKEN_TO_BE_REPLACED