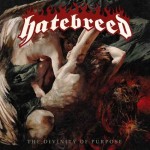 Jamey Jasta and his killing machine are back with their sixth studio album. “Put It To the Torch” explodes literally and the merciless butchery begun. With solid roots back to Pantera, Sepultura and Machine Head, this is a dangerously groovy and modern metal mixed with brutal and intense hardcore. “Honor Never Dies” could easily fit in on any Cro-Mags, Biohazard, Madball or Sick of It All album. And everything after it’s a furious, unstoppable mixture of hardcore intensity and brutal, bone cutter metal riffs and the nervous, spitting vocals of Jamey Jasta.
“The Language” starts as one of the most incisive Slayer songs. And each and every song it’s memorable, groovy, no fill, no useless shit, but killer riffs and 101% intensity thought! “Indivisible” it’s a true hardcore punk anthem; “Dead Man Breathing” it’s the perfect Slayer/Pantera mixture!! END_OF_DOCUMENT_TOKEN_TO_BE_REPLACED