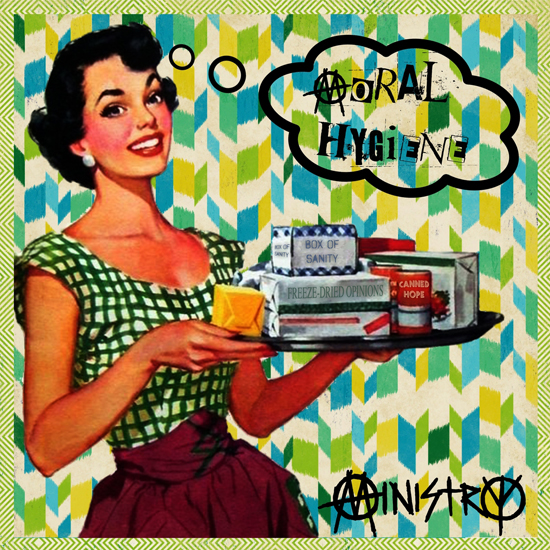 I first collided with the American branch of the industrial rock/metal in 1990 when a friend of a friend brought Nine Inch Nails “Pretty Hate Machine” CD and Ministry’s “The Land of Rape and Honey” (1988) and “The Mind Is a Terrible Thing to Taste” (1989). I have to admit, at first hear I was more found of Trent Reznor’s work, but songs such as “So What”, “Stigmata”, “Thieves”, “Burning Inside”, “Hizbollah” or “Golden Dawn” haunted me for a very long time.
Then they released “Psalm 69: The Way to Succeed and the Way to Suck Eggs” in 1992, and from an experimental, niche band, they turned into worldwide-famous rock stars. “Psalm 69” has no week spots, fillings, only nine, one-hundred per cent killer songs. The opening track of the album, “N.W.O.”, was nominated for the Grammy Award for Best Metal Performance at the Grammy Awards of 1993 but lost to Nine Inch Nails’ “Wish”.
Some may argue that Ministry means Al Jourgensen and Paul Barker. However, the band was formed by Al Jourgensen in 1981, while Barker joined in 1986 and left in 2003. No one will dispute the valuable contribution of Barker to the sound and development of the band. Barker was definitively a crucial part of the artillery. However, he was not the only one. Over the years, several remarkable musicians have contributed to the band, including Tommy Victor, Martin Atkins, Paul Raven, Burton C. Bell, Jello Biafra, Mike Scaccia, Jason Christopher, Tony Campos, Bill Rieflin, Rey Washam, Max Brody, Joey Jordison, just to mention a few.
After Barker’s departure, Al Jourgensen continued his sonic adventure and their 2007’s album, “The Last Sucker”, is arguably one of their best.
The current lineup consists of multi-instrumentist and singer Al Jourgensen, keyboard player John Bechdel ( Fear Factory, Killing Joke, Murder, Inc. and Prong), bass player Paul D’Amour ( first bass guitarist for Tool), guitarists Cesar Soto and Monte Pittman (Madonna and Prong) and drummer Roy Mayorga (Hellyeah and Stone Sour).
“Moral Hygiene” is their fifteenth studio album, released on October 1, 2021. The album features contributions from guitarist Billy Morrison, former Megadeth bassist David Ellefson, former N.W.A. member Arabian Prince, adding some scratches, and finally, vocalist and punk-rock icon Jello Biafra.
It is also the first album to include a song cover since 2012’s “Relapse”. “Search and Destroy” (featuring Billy Morrison), an original song by Iggy Pop and James Williamson, recorded by the Stooges for the group’s third album “Raw Power” in 1973, was also released as the first single and the promotional video for the album.

Honey, gotta help me, please
Somebody gotta save my soul
Baby, detonate for me!”

While the original song was inspired by a column heading in a Time article about the Vietnam War, the lyrics seem to fit perfectly the current madness that humanity is facing.
Ministry has a great talent to deliver killer cover versions. Their 2008’s “Cover Up” and the 2010’s “Undercover” were packed with some incredible remakes of original Rolling Stones, Deep Purple, Black Sabbath, Beatles, Bob Dylan, Louis Armstrong, ZZ Top, AC/DC songs – among many other outstanding artists. “Roadhouse Blues”, “Lay, Lady, Lay”, or “What a Wonderful World” have grown to another dimension.
“Search and Destroy” is no exception and set the expectations high.

“Alarm Alert” kicks off the album echoing Led Zeppelin’s “Immigrant Song” and turns into a pounding Ministry marching song.
“Good Trouble” has something from the chaotic contortion of the early days mixed with a healthy dose of psychedelia and flavoured with Al Jourgensen crazy harmonica trills.
“Sabotage Is Sex”, featuring Jello Biafra, is an industrial rock anthem that brings back the tasty memory of Lard.

“In our post-democracy
Techno, robber, baron age
From birth to bacon
Toilets to tilt-a-whirl
Enjoy the plague
It could be your last

Fight the power with fear.”

“Disinformation” deals with the plague of fake news and where it all leads. It is dark, heavy and uncompromising – in the unmistakable Ministry manner. It paints quite a macabre possible future.

The truth is hiding and the world is unstable (Unstable)
This situation never turns out well (No)
It’s still alive, but we’re living in a fable (In a fable)
Ignore the truth, embrace the hell
Welcome to Hell

The new normal, a taste of what’s ahead (Ahead)
The human race probably won’t survive (Survive)
We can’t go back ’cause the past is dead (Is dead)
We can’t go forward ’cause we’re buried alive.”

Here, at the middle of the album and last track of side A, comes “Search and Destroy”, and everything makes perfect sense.
“Believe Me” is built upon a strong guitar riff and has the gloomy vibe of Filth Pig/Dark Side of the Spoon era. It is not a particularly fast song, but it is heavy and obsessive.
“Broken System” is obviously about how peachy life is and how the human species managed so wonderfully to f_ck up everything.

“Life will never be the same.

We ain’t got no air to breathe
No water to drink
No place to take shelter
This whole world is on the brink.”

It is kind of redundant to affirm that “we are to blame”. However, pointing fingers and telling the obvious won’t fill the void of not having any solutions.
Once again, there is a solid leading guitar riff and a couple of catchy harmonies combined with a smoothly growing groove.
Considering the title, I expected that “We Shall Resist” would be a fast and furious beast. Instead, it is more a contemplating, slow grinding track reminding me of “So What”.
“Death Toll” is a 3:24 minutes construction of grooves and samples focusing on “covid nineteen”.
Finally, “TV Song #6” (Right Around the Corner Mix) is another melange of upper beats, samples and violent noises, including guitar riffs. Sonic sick s_it. Probably I would have prefered a “real song” instead, something memorable, but that’s only me! This ending sounds hopeless and apocalyptic.

It is an album that reflects perfectly our current world and where we are. “Moral Hygiene” can be considered the soundtrack of the globalist covid era. It is never too late to make a change, but it is up to You. It is a matter of moral – and not oral – hygiene as too many people are talking s_it these days. 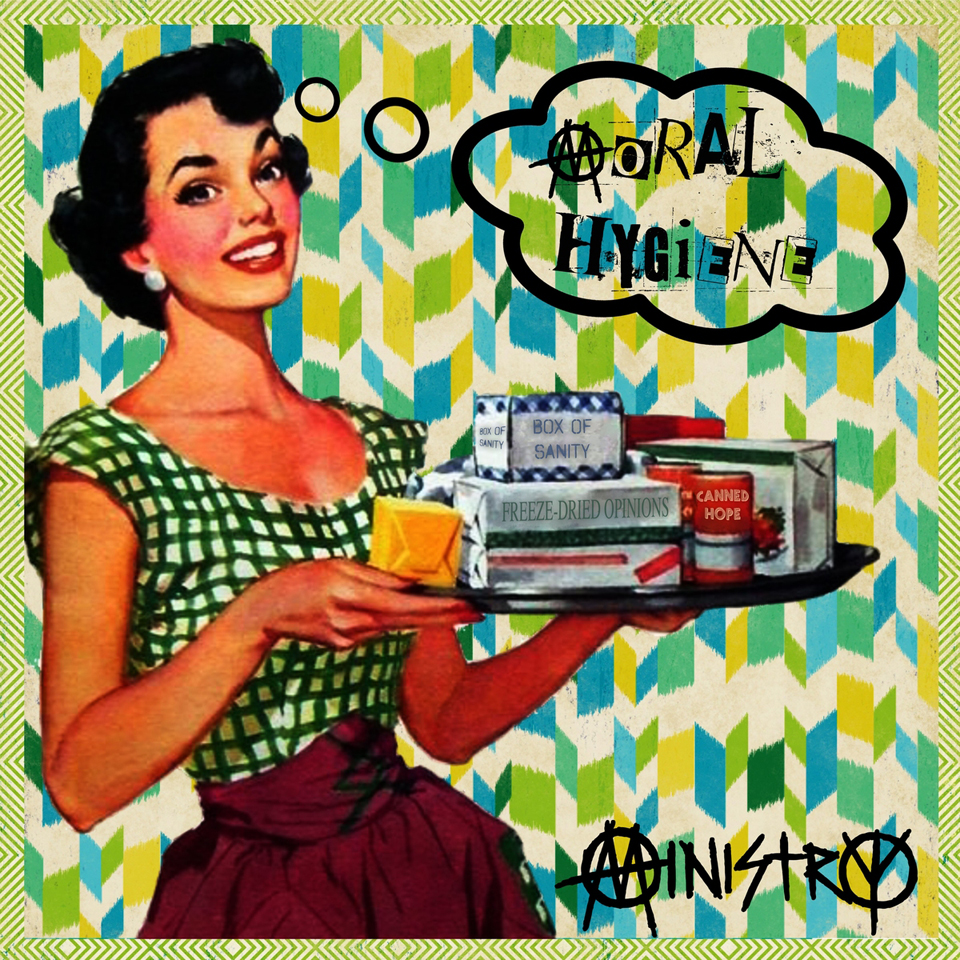