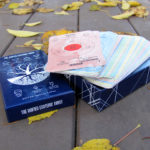 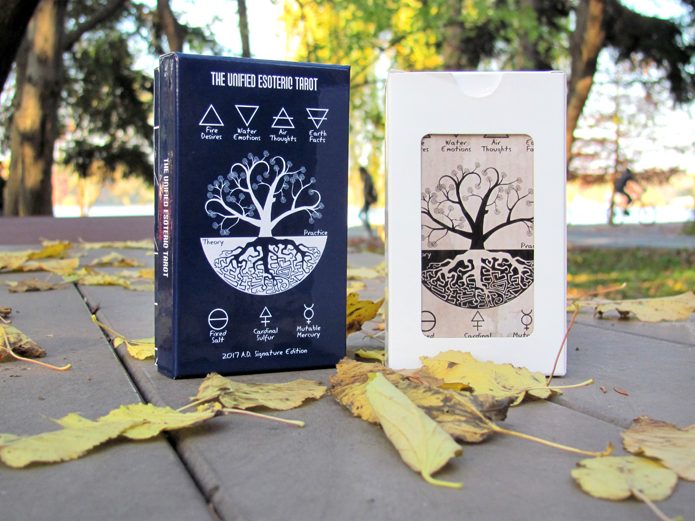 The Unified Esoteric Tarot deck is a standard 78 cards Tarot deck, resulted from 25 years of research, study and practice. I provide a modern instrument of prediction, self-exploration and self-development based on both the ancient teachings and modern psychology. Moreover, also an instrument of self-observation and self-remembering, based on to the teachings of I.G. Gurdjieff.
The main idea at the foundation of this deck was to reveal the hidden connection between all the branches of the esoteric sciences and provide a very intuitive instrument both for beginner and advanced Tarot practitioners.
The design and layout of the Unified Esoteric Tarot deck, it is simple, catchy, easy to memorise and different from any other deck available on the market at the moment.
The system resulted from the interconnected study of Tarot, Astrology, Numerology, The Fourth Way, Kabbalah and Alchemy, and it’s based on the triune nature of everything in the universe. And, if you wanted to learn and understand how these things are connected, but find all them complicated, with my method and system you have the chance to learn them all together, within the Tarot system as one, integrated body of work.

The Unified Esoteric Tarot is available exclusively on tarotator.com: http://tarotator.com/unified-esoteric-tarot-shop/, get your copy now!

The Tarot has a long and unknown history and the Tarot decks surfaced at the mid-fifteen Century in Northern Italy are only copies of long-lost originals of unknown origin. Although I studied the symbolism of the card, I consider that the original symbolism was distorted and misinterpreted by the artist who has got commissioned the artwork, mainly because they were artists without the esoteric knowledge and focused on the artistical aspects, rather than the profound esoteric meanings embedded into the original depictions.
Many of the original esoteric symbols were altered by the artists through the time. Instead of replacing the classic figures of the cards with diverse kind of fancy artwork, with funny animal pictures, fairies, angels or scary demonic creatures, I chose a simple, but elegant, easy to understand design, based on geometry and commonly known esoteric symbols which enable a fast and intuitive reading. It’s easy to distinguish between the different group of cards, and each card contains all the relevant and necessary information to interpret the meaning of the cards, but also to identify easily the balance and the connection between the cards in a spread. 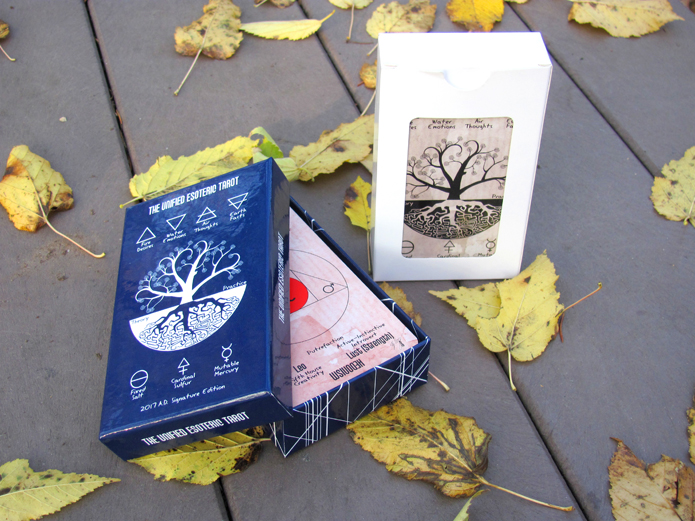 I created 6 easily distinguishable layouts for 6 groups of cards I have identified as different. These graphical representations reveal the connection between the Tarot and other branches of the esoteric sciences such as Astrology, Numerology, The Fourth Way, Kabbalah and Alchemy.
You thought that Astrology, Numerology, Kabbalah and Alchemy are all very complicated and hard to understand? My deck and my system offer you a logical and straightforward manner to learn, understand and use them in an integrated way and all you have to know is printed on the cards.
The cards are also double colour coded, and for the very first time in the history of the Tarot, each card bears two titles, one for the straight and one for the reversed meaning of the card which facilitates the reading and interpretation of the cards substantially. Still, each card features the traditional name of the card for those who are familiar with those names, meanings and interpretations. 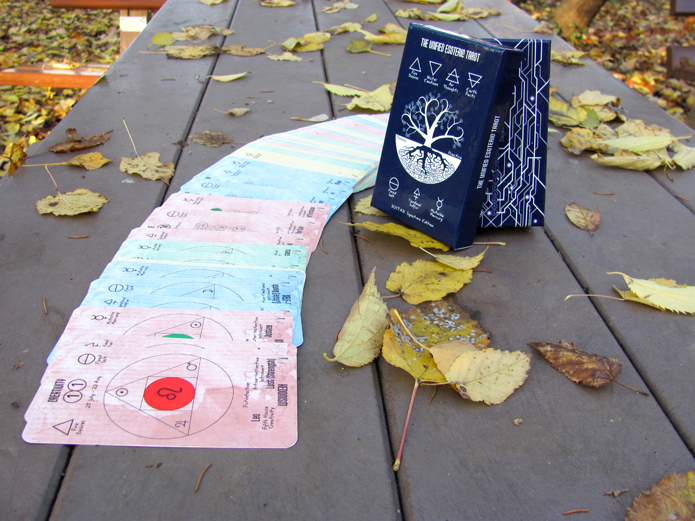 Although this system is based on a well-defined philosophical and practical structure, it enables a very flexible and intuitive reading even at first glance.
Instead of encouraging the mechanical learning process of memorising the meaning of planets, aspects, numbers, Tarot cards, I provide a simple system and method which enable you to understand the very foundation of all the esoteric teachings and use all that knowledge in your benefit. 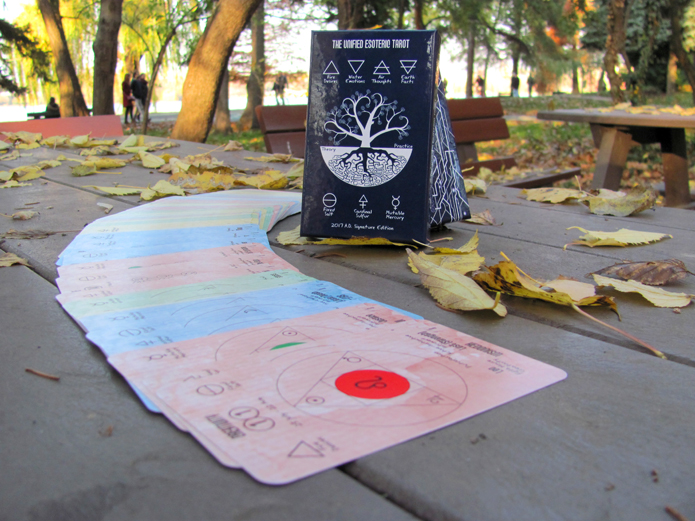 The Tarot did not change since the first known Tarot deck surfaced 500 years ago in Northern Italy. However, our perception and understanding of this mysterious deck of cards have constantly changed and continue to change.
In the beginning, the cards were unnamed and unnumbered. Somebody gave names and attributed numbers to the cards; we still don’t know who, why and for what reason, respectively based on what considerations. Then we have spoken about Knights and Queens, Popes and Empresses. Nowadays we speak about consciousness, subconsciousness and collective consciousness. We did not know and understood back in those days more about the Devil than we do know about consciousness. 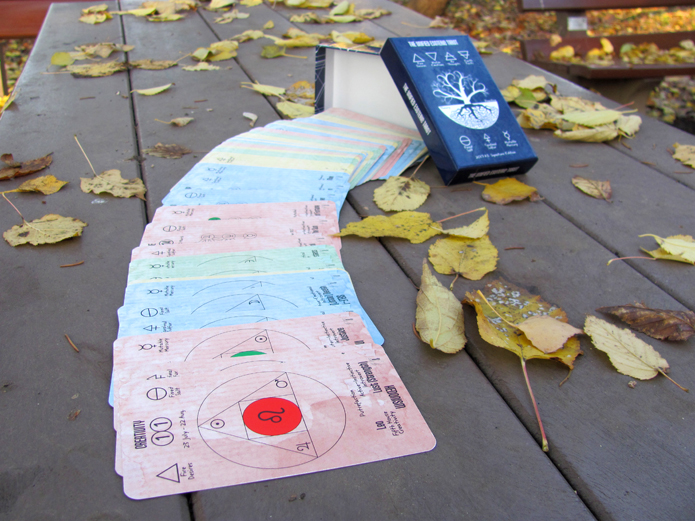 The interpretation of the cards was adjusted to the monotheist and patriarchal model of our society ever since the Tarot surfaced for the first time. However, studying the structure of the Tarot deck, I have got to the conclusion that the Tarot has more older roots then we ever suspected.
Tarot is Astrology and Numerology based.
Modern Astrology is still relying entirely on the work of Claudius Ptolemy from the 1st century and the perception of the universe of those times. They believed that the Earth is in the centre of the universe and the seven “wanderers” are revolving around it. Today we know that the Sun is in the centre of our solar system and there are more than sen planets in our solar system.
They also believed that men and women are not equal, but men are superior, active and positive, while women are inferior, passive and negative. It is all based on the myth of Adam and Eve, and have its roots in the Babylonian mythology and the battle of Marduk with Tiamat. However, while monotheist religions are built upon the notion of dualism and the constant struggle of good and evil; esoterism, and Tarot included, is based on the principle of Trinity and the trin nature of everything in the universe. 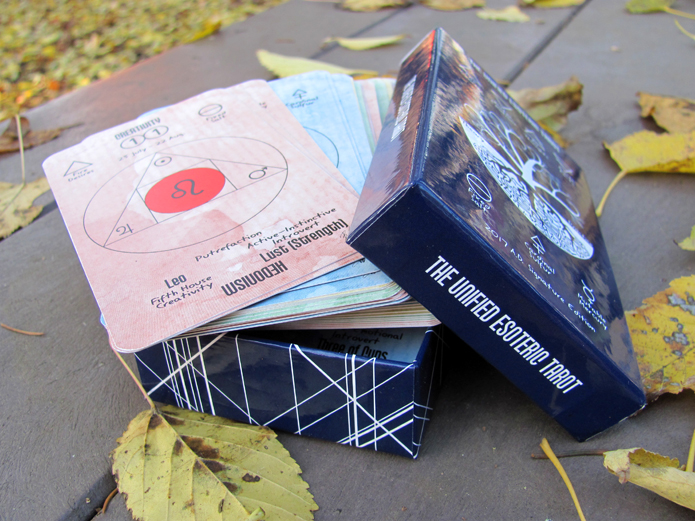 Everything is a matter of perception, and I think the time has come to readjust our perception of reality. Now, it is entirely up to you if you’re choosingse to stick with the past or you’re going to step into the future.
The U.E.T. deck is the Tarot deck of the Age of Aquarius, the Age of Reason and the times of major changes and transformations for the humankind.

The Unified Esoteric Tarot is available exclusively on tarotator.com: http://tarotator.com/unified-esoteric-tarot-shop/, get your copy now!

(Excerpt from the book “The Unified Esoteric Tarot – General introduction and Guidebook” by Attila Blága. Full or partial use of this text for commercial or non-commercial distribution by any means whatsoever is strictly prohibited unless expressly authorised by the author.) 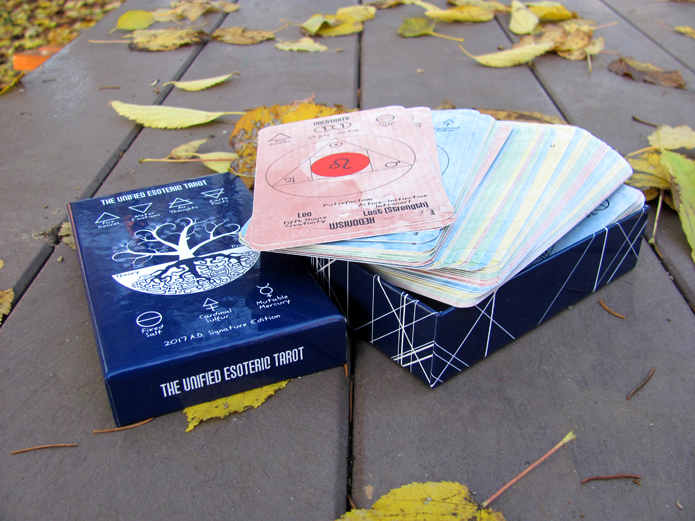 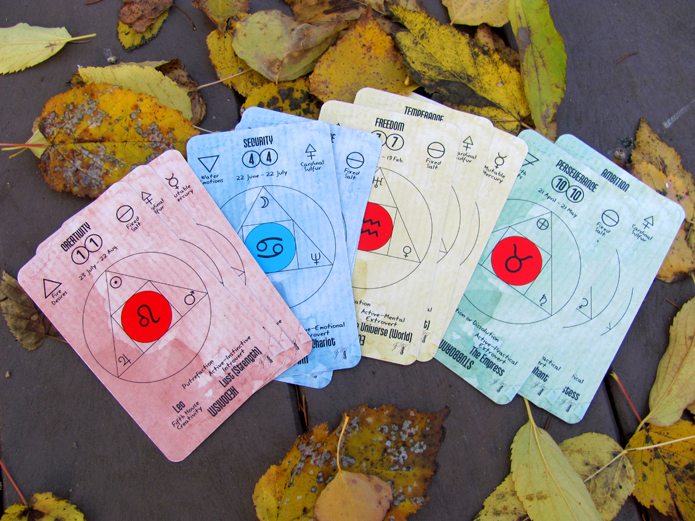 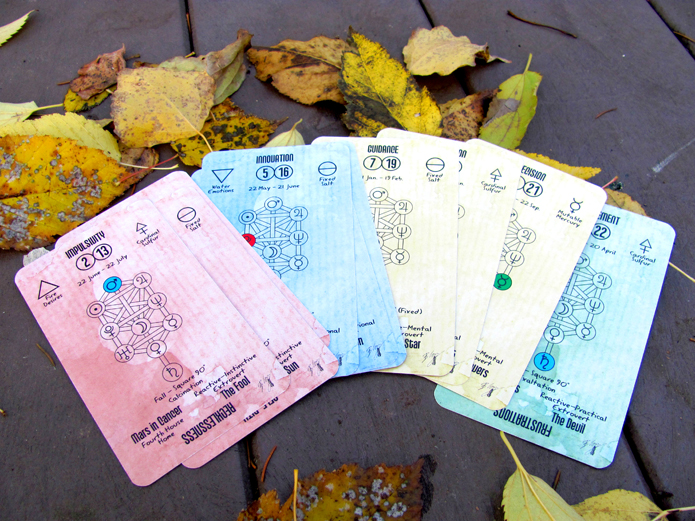 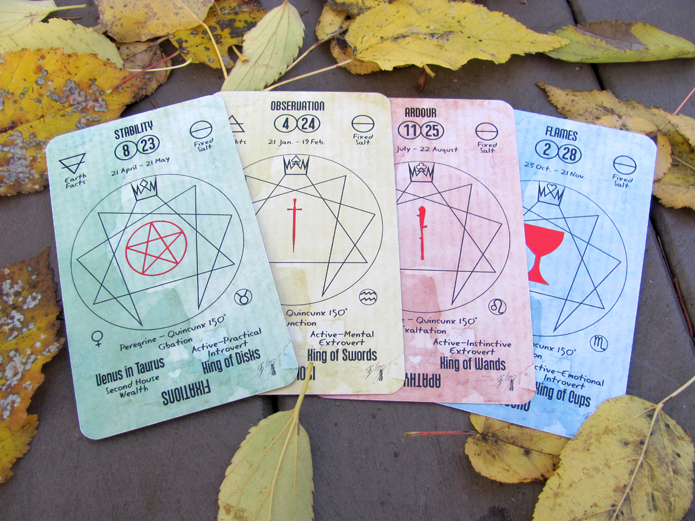 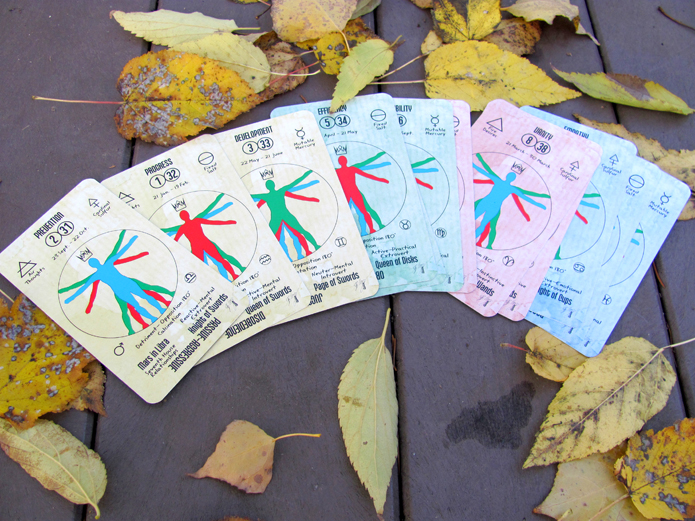 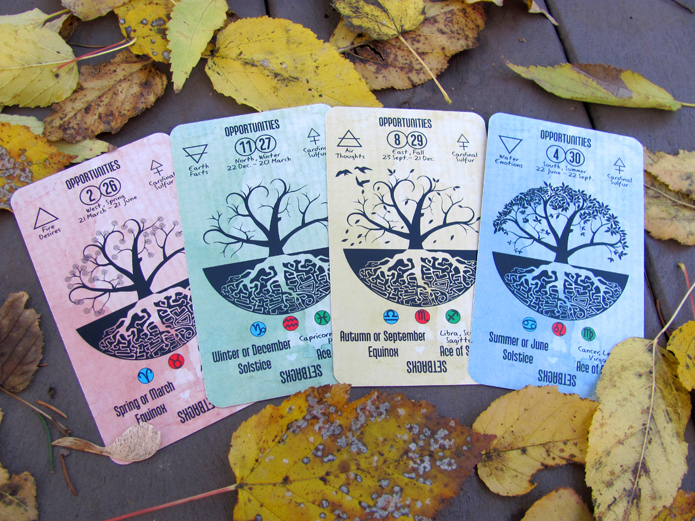 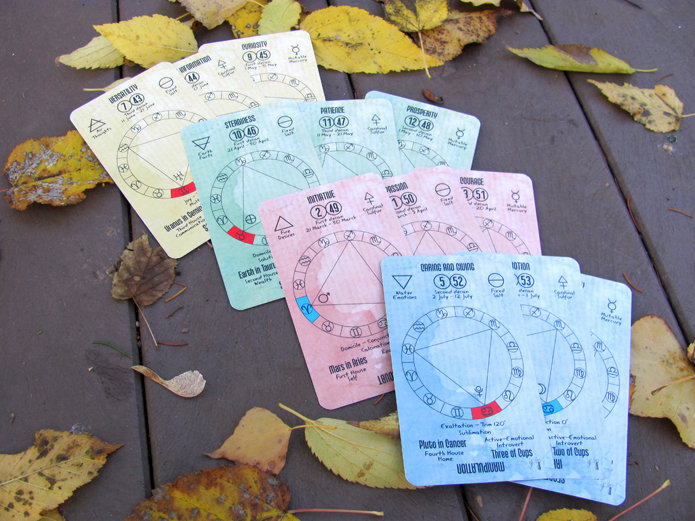 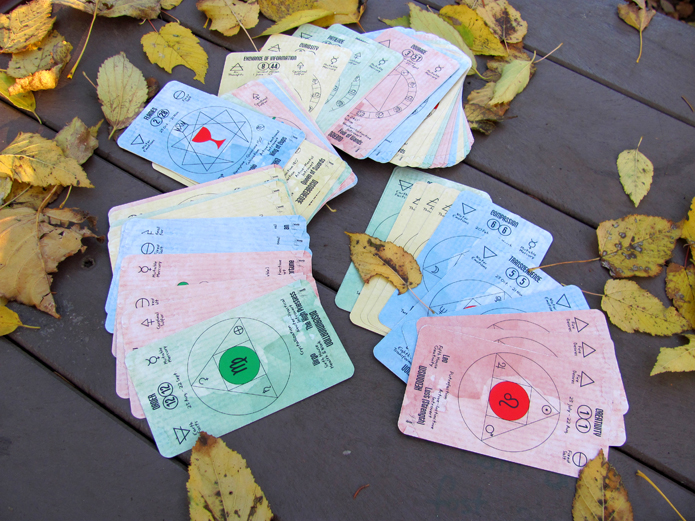 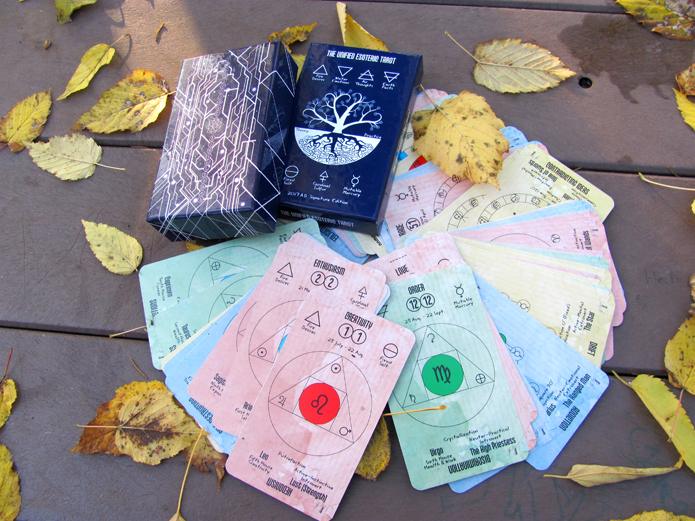