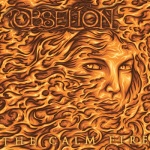 The opening title track, “The Calm Fire” might be misleading. Wobbling basses and the smooth, but sober electronic layers only announce the storm to come. I think a smart exploration of those fancy elements and a proper use of them along the brutal riffing, the death fueled vocals and the metalcore flavoured build-ups would add a great support to the musical experiment of Mohammed Sawan, the brain and musician behind this Abu Dhabi project.
“The Oppressed” it’s an intense and exciting journey on the wings of progressive death metal with several metalcore taste like breaks and neo-classic, Yngwie Malmsteen flavoured, powerful guitar passages. If Malmsteen would ever try to play death metal, that definitively would sound like “FAIL! Try Again”. Even the clean vocals reminded me of the Swedish guitar hero. The breakdown it’s very classy, heavy metal fueled, but some of the riffs are also extremely power/speed metal fueled. Extremely technical, but still soulful and expressive mixture of styles and sounds.

It’s hard to get rid of the grinding riffs of “Mr. Karate” once they get into your head. And “Dear Dreamer” it’s another death metal butchery with death metal and some Korn type of vocals and a shining, melodious metalcore chorus. “The Cure” close the album in a more chilled, gentle manner with a charming elector-acoustic journey.

The production it’s very clean, eventually a little bit too surgical and crispy, but Mohammed Sawan definitively managed to create a true metal production and the powerful guitar sound it’s absolutely murderous!
Released on 12 December 2012, “The Calm Fire” is out on http://obselion.bandcamp.com/ and you can name the price you want to give or download it for free. But keep in mind: artist needs our support to have no other worries and focus their minds on music and continue delivering art for our joy and pleasure!! So, share it, spread it, give it likes and bring your friends as well!!
This project definitely worth to be developed into a real band, Mohammed Sawan it’s an extremely talented artist and with proper, valuable partners, Obselion easily can become a leading metal act not only in UAE, but on the whole world!!
I wish them good luck! 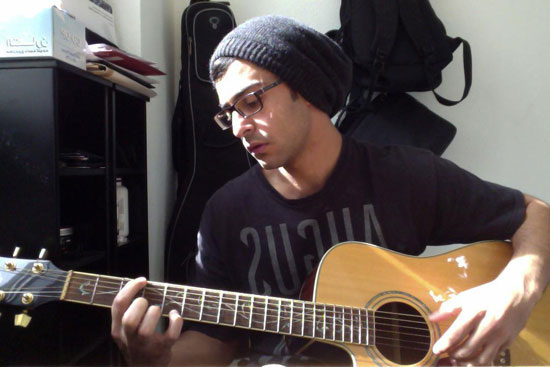 Abu Dhabi-born Mohammed Sawan is the founder of post-hardcore band Obselion, which was formed in February 2011 in Abu Dhabi.
Sawan is originally from Lebanon, Beirut and started playing the guitar at 16-years-old, he is self-taught, having learned basic music theory by playing along with music records.
He has played in UAE-based bands such as; Pinch Needle,Unity Of One, Daydream Phenomena, and most recently, he set up his own one-man-band named Obselion.
Sawan has a dedication and commitment to his music rarely witnessed in the growing UAE music scene and he hopes to take his musical talent beyond the shores of the UAE.
Sawan composed loads of tunes and tabbed them on Guitar Pro, these include guitars,bass,drums and some keys and once he had a good set of songs for a live performance, he hunted for the right four members to take Obselion to the stage.
The band registered for the talent-hunting “Yas Rock Factory” competition, held by Flash Entertainment and won a spot, getting the chance to play on the Flash Forum stage alongside several other great UAE bands from all genres, the night before 30 Seconds to Mars took to the same stage.
The band received loads of great feedback after this, their first live show and their Facebook fanpage saw a surge in ‘likes’. They followed up this show with a set at the Annihilation 6 all ages show on June 9 2011 in Dubai, followed by the “Musolicious Festival” show, also in Dubai on June 10th. Both shows won the band more fans and positive feedback.
The band’s most recent gig was on July 23 2011 at the all ages “Mental Issues 2” event at the Music Room in Dubai.